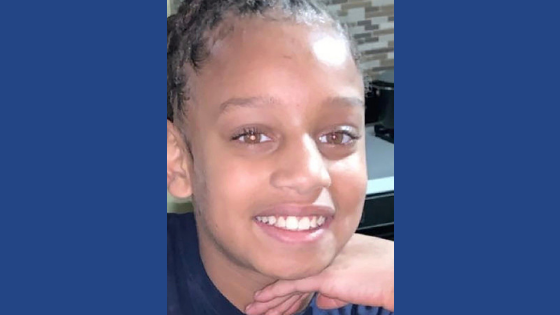 Missing Breasia Terrell’s mother says she believes 10-year-old daughter is being held at a home: Report

“You’ll never get a sleep in that cell until she’s home,” Breasia’s mother said, appearing to address her ex-boyfriend Henry Earl Dinkins

As the search for Breasia Terrell enters its second week, the 10-year-old girl’s mother says she is confident her daughter will be found alive.

Breasia was last seen in Davenport, Iowa, in the early morning hours of July 10, after she had reportedly gone to spend the night at the home of her stepbrother’s father, Henry Earl Dinkins. Later the same day the girl went missing, Dinkins was arrested and taken into custody on an alleged sex offender registry violation. Dinkins was convicted in 1990 of sexually abusing a female victim 13 years or younger, when he was 17 years old.

Davenport police have since named Dinkins a person of interest in the investigation, though he has not been charged in connection to Breasia’s disappearance. Earlier this week, authorities issued an AMBER Alert for Breasia, indicating they believe she was kidnapped, and have asked the public to report any sightings of Dinkins or three vehicles associated with the person of interest in the hours before and after Breasia disappeared.

have impounded three vehicles associated with Dinkins including a maroon 2007 Chevy Impala, a black 2012 Chevy Camaro, and a 1980's King's Highway motorhome. There is a $3500 reward for information leading to Breasia or an arrest of anyone involved in her disappearance. Police pic.twitter.com/4C0pjFZIdC

As CrimeOnline previously reported, Breasia’s mother Aishia Lankford said that she was previously in a relationship with Dinkins, and met with him in jail this week, reportedly at his request. The details of their jailhouse conversation have not been disclosed.

Lankford appeared to address Dinkins in an interview with QuadCities.com, in which she thanked local volunteers for helping with the ongoing search for Breasia and keeping her name and face in the news.

”I want to thank our community, and I thank you guys for keeping updates like that. Also, keeping her in the news, so he can make sure that he can see her face to let him know I’m not going anywhere at all. You’ll never get a sleep in that cell until she’s home,” Lankford said.

Breasia’s mother also said she believes her daughter will be found. On Thursday, authorities announced they were expanding the search area into Clinton County. Clinton, the county seat, is about an hour’s drive from Davenport. Volunteer search groups have followed investigators to the new search area. Lankford has reportedly joined the search of outdoor areas, but says she believes there’s a good chance Breasia is being kept in a residence.

“I mean, we’re walking through the woods, but I still feel that she’s located in someone’s house,” Lankford told the news station.

“I do know that much. If she is anywhere out here in these woods or something, that’s because they had to let her go because the tension is getting a bit too hot out there for them, because she is everywhere, and it’s going to be that way until she comes home.”

Anyone with information about Dinkins or Breasia Terrell is urged to call 563-326-6125.

Breasia Terrell: Mom has jailhouse meeting with sex offender who is person of interest in 10-year-old girl’s disappearance, reveals she has an 8-year-old child with Henry Earl Dinkins