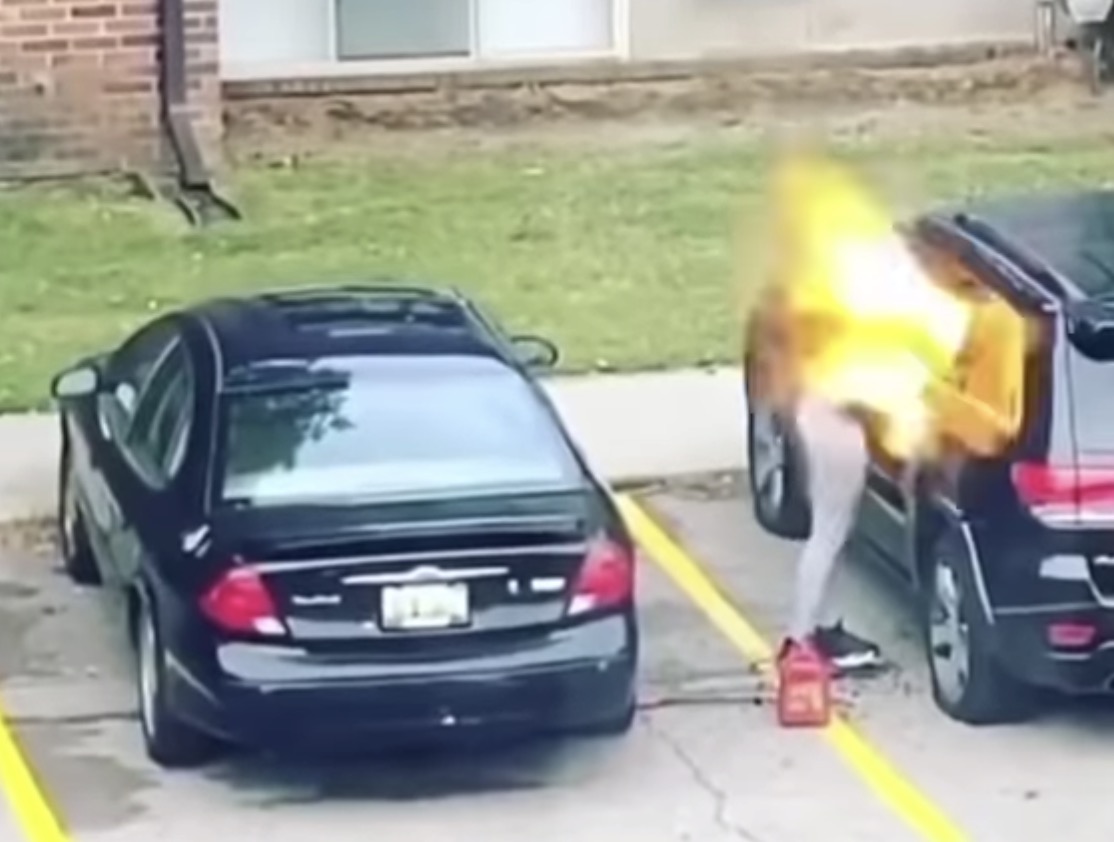 A Michigan woman has been charged with arson after she was caught on video filling a Jeep Wrangler with gasoline and setting it on fire earlier this week, the Macomb Daily reported.

In the video, the gasoline explodes, knocking 26-year-old Sydney Parham into another car.

The Macomb County Sheriff’s Office confirmed that the video shows the incident with Parham and said she told detectives she and the person who owns the vehicle are acquainted, the Detroit Free Press said.

Deputies and the fire department were called to the San Remo Villa Apartments in Harrison Charter Township at about 8 a.m. on Wednesday vehicle “fully engulfed in flames.” The fire department put tout he fire, and deputies spoke with witnesses and reviewed the video and identified Parham as the suspect.

Parham was taken into custody during a traffic stop with the assistance of the Roseville Police Department, deputies said. She was treated for minor cuts and burns at the Macomb County Jail.

Parham has been charged with a single county of third degree arson, police said, and has a court date on August 5. She’s being held on a $20,000 bond.

Some reports online indicated that the Jeep belonged to Parham’s boyfriend and that she had caught him cheating. Police have not confirmed those reports.