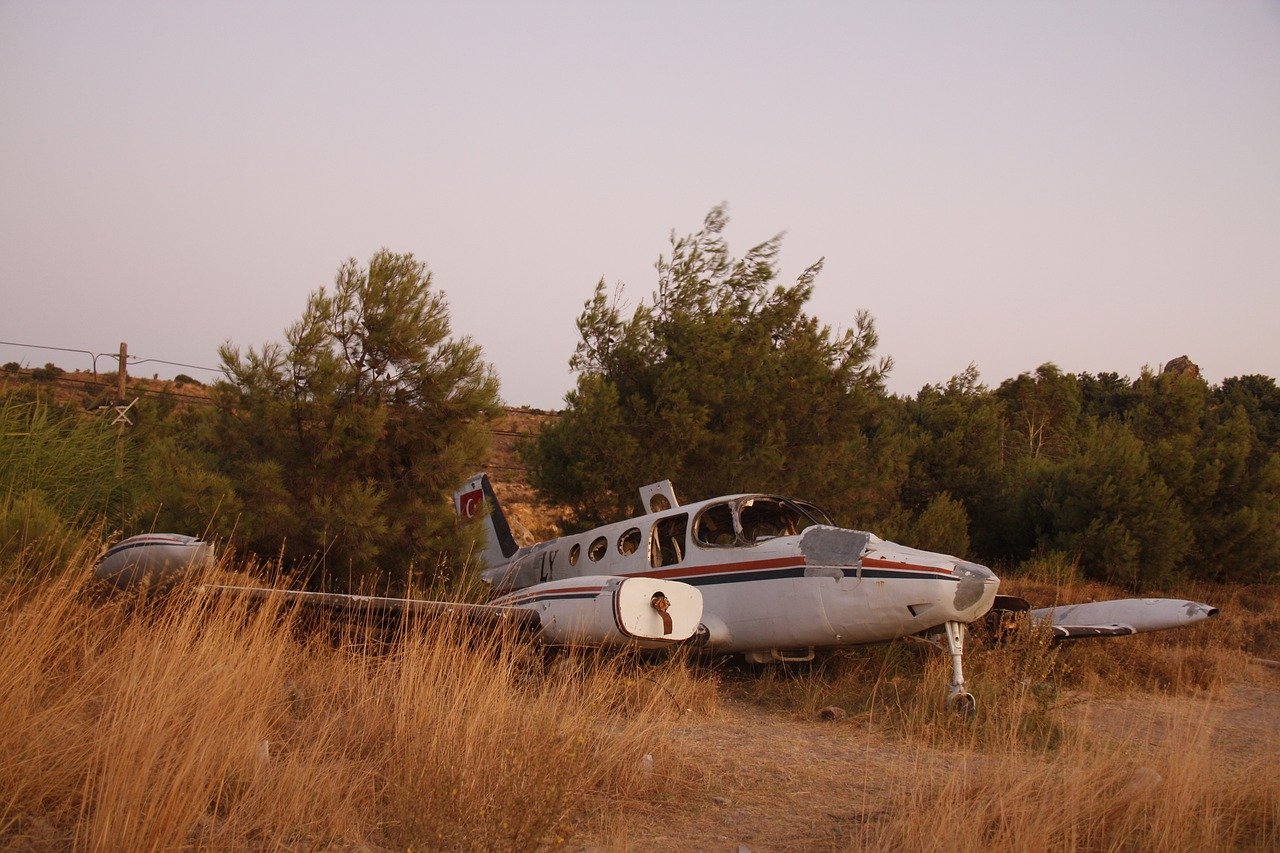 The mom who was in the plane, she came stumbling out with her little baby,” a witness said. “He was limp in her arms.”

Multiple people are dead after a plane crashed into multiple homes in a Salt Lake City suburb on Saturday, the Salt Lake Tribune reports.

Six people were aboard the plane and at least three of them have died: a male pilot, a woman and a 9-month-old child.

As of Saturday evening, another female passenger was in critical condition and a 2-year-old boy was stable at a local hospital, while a 12-year-old passenger was treated and released, according to the newspaper.

An elderly woman inside one of the homes also was critically injured. One of the damaged houses reportedly caught fire.

The single-engine plane, a Piper PA-32, crashed in West Jordan at about 1:30 p.m. Saturday after taking off from the South Valley Regional Airport, according to the report.

“Everybody was so panicked,” Emily Acosta told the television station. “So many people were trying to help, it was chaotic.”

Laura Michelle Lyons told the television station what she saw after running toward the plane following the crash.

“It was a family, it was a family. The mom who was in the plane, she came stumbling out with her little baby,” Lyons told the television station. “He was limp in her arms.”

“And you saw the 2-year-old holding his teddy bear, and he was just burned,” Lyons added. “Seeing that little boy hold his bear, it’s just very hard, and the mom just lay there and the mom just fought for her babies.”

Neighbor Alyssa Cigarroa told the Salt Lake Tribune that she heard a plane flying near her home on Saturday afternoon, which was not unusual because she lives near the airport. But then she heard a crash that shook the house.

Cigarroa told the newspaper that after seeing black smoke, she grabbed a first-aid kit and ran toward the scene. What stands out in her memory, she told the newspaper, were the victims’ “high-pitched screams” and all of the smoke.

Cigarroa, who is in nursing school, told the newspaper she helped some victims by packing their wounds with gauze before medics arrived.

Another neighbor, Veronica Taylor, told the newspaper the plane was flying “super low” before it crashed. The plane was loud and was making noises that suggested engine problems.

“Then, all of a sudden, it disappeared from my view,” Taylor told the newspaper, adding that she soon saw a “big flame and a big plume of smoke.”

The Federal Aviation Administration and the National Transportation Safety Board are investigating the crash.

Authorities have not yet released the identities of the victims.

[Feature image: by billuraltinordu from Pixabay]