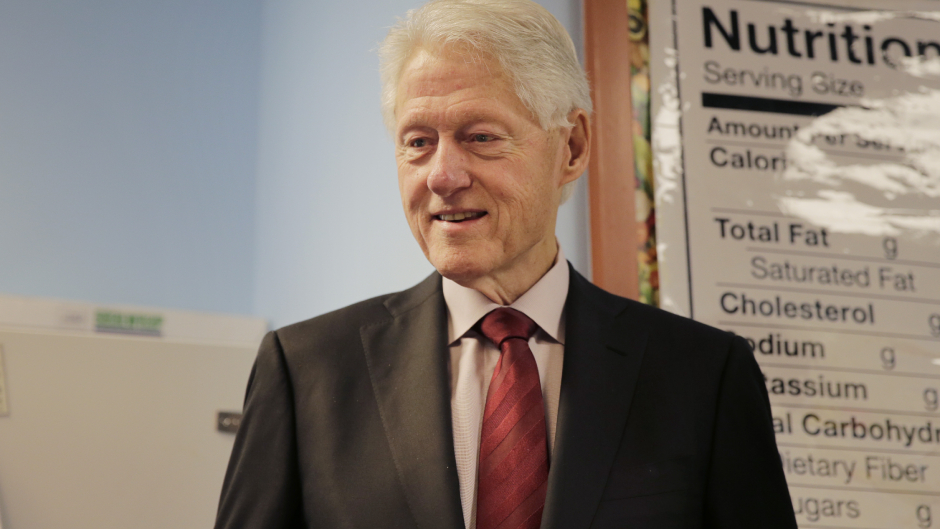 Virginia Giuffre, one of Jeffrey Epstein’s alleged victims, claimed former President Bill Clinton was a guest at Epstein’s private Caribbean island — along with herself, Ghislaine Maxwell, and two young girls, according to court documents unsealed Thursday.

According to the New York Post, Giuffre also told lawyers in 2011 that she was surprised to see Clinton on the island, so she asked Epstein why he was there. Giuffre reportedly also said the two young girls were from New York but she “never really knew them well.”

“I remember asking Jeffrey what’s Bill Clinton doing here kind of thing, and he laughed it off and said well he owes me a favor,” Giuffre said.

“He never told me what favors they were. I never knew. I didn’t know if he was serious. It was just a joke.”

According to Fox News, Giuffre also said Clinton, the two young girls, and someone named Emmy stayed in villas on the island.

Giuffre said in previous interviews that she never saw Clinton, 74, behave inappropriately. In July 2019, a spokesperson for Clinton said the former president didn’t know of Epstein’s 2008 conviction for soliciting prostitution from a minor or further allegations of criminal sexual activity involving underage victims. The spokesperson also claimed Clinton had never been to Epstein’s private island.

The newly-released documents include conversations Giuffre had with her lawyers in regard to the civil defamation lawsuit she filed against Maxwell in 2015.

Giuffre had accused Maxwell, Epstein’s ex-girlfriend, of sexually abusing and exploiting her. She claimed Maxwell recruited her and other girls and made them have sex with high-profile men. The defamation case was ultimately settled out of court for an undisclosed sum.

Maxwell remains jailed without bail following her July 2 arrest in Bradford, New Hampshire. She is accused of grooming at least three underage girls, as young as 14, for Epstein to sexually abuse between 1994 and 1997.

While Maxwell’s lawyers had filed an emergency motion to prevent the documents’ release, a Manhattan judge approved their release last week.

Epstein, 66, was jailed without bond in July 2019 following allegations that he sex-trafficked dozens of underage girls from 2002 to 2005. The billionaire financier was found hanging in his cell at the Metropolitan Correctional Center in Manhattan on August 10, 2019.