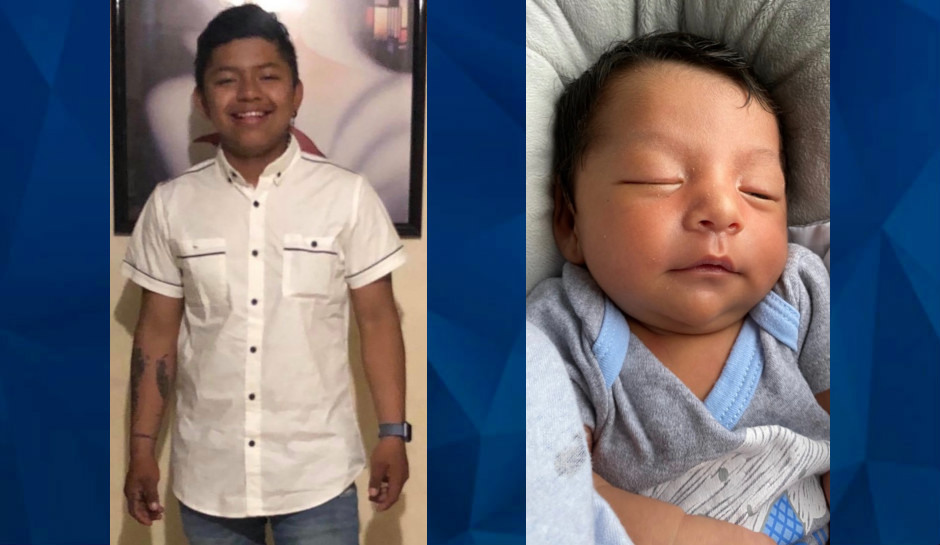 A South Florida newborn and has been located and is now safe, according to the Coconut Creek Police Department. The baby’s father is in custody.

A 17-year-old father “forcibly removed” his infant son from the baby’s mother in South Florida Monday afternoon and was seen hitting and shaking the child before he fled the scene in an Uber.

Joshua Pachon Quinteron is 19 days old, according to the Coconut Creek Police Department, which issued an AMBER Alert for the boy.

Jonathan Garcia was reportedly last seen getting out of an Uber near the intersection of NE 10th Avenue and NE 38th Street in Oakland Park, about 12 miles away.

Baby Joshua was last seen wearing and blue and gray onesie. He is 20 inches long and weighs 8 pounds, with brown hair and eyes.

Garcia was last seen wearing a red shirt and blue pants. He has a feather and arrow tattoo on his right forearm and red lips tattooed on the left side of his neck, authorities said. He is described as 5 feet 5 inches and about 150 pounds, with black hair and brown eyes.

The Florida Department of Law Enforcement said the two may have been seen in the Oakland Park area in a silver SUV driven by an older Hispanic man.

Police asked that anyone with information about Garcia’s current location to call 911. For other information, call the Coconut Creek Police at 954-973-6700.