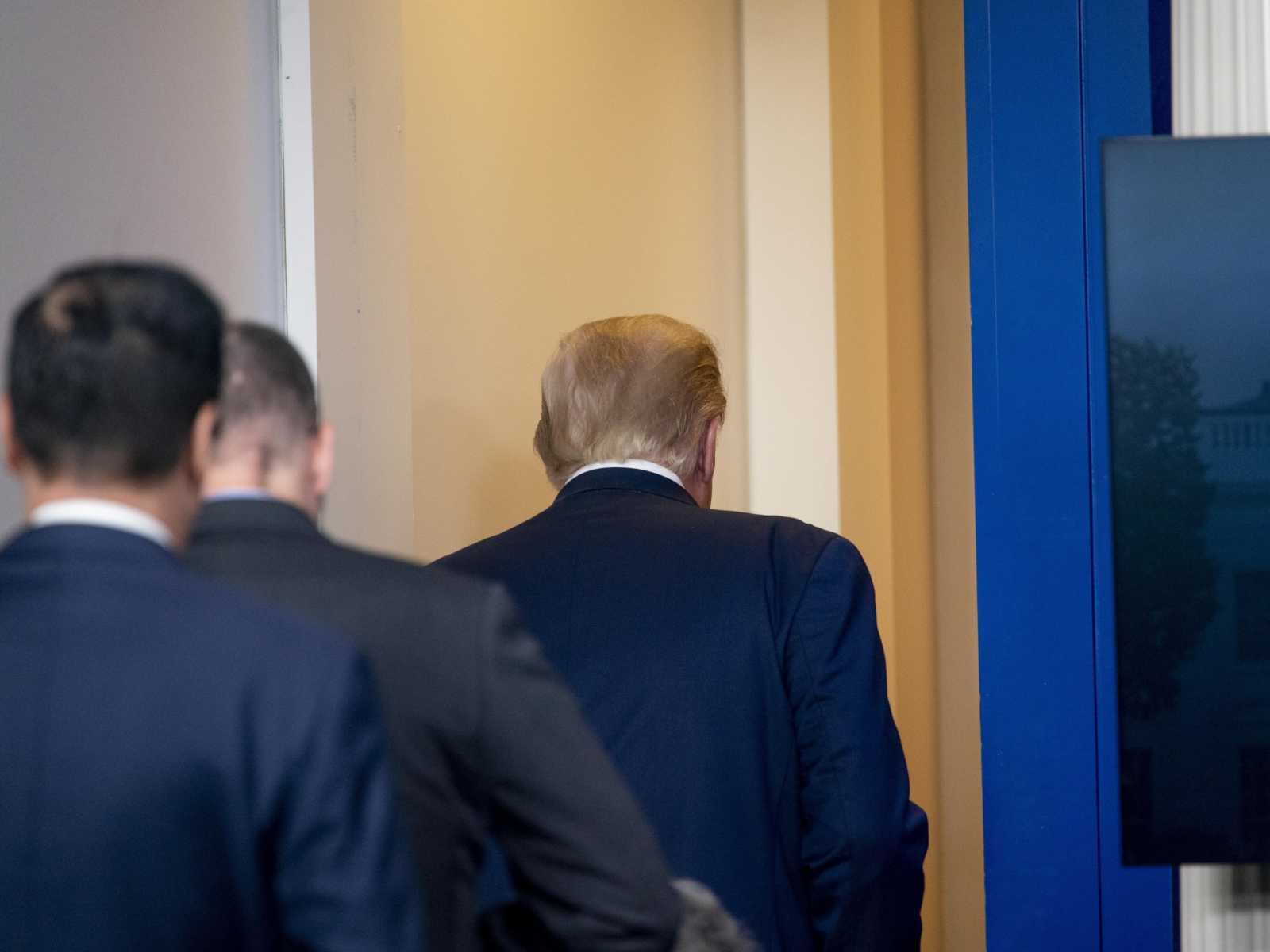 An “officer involved shooting” at 17th and Pennsylvania Monday afternoon prompted the US Secret Service to escort President Donald Trump from the briefing room where he was holding a news conference, the agency said in a tweet.

The suspect was taken to an area hospital, NBC4 Washington reported. ABC7 said the man suffered serious or critical injuries, according to the DC Fire Department.

Trump returned to the briefing room moments later and told reporters the situation was “under control.”

The Secret Service can confirm there has been an officer involved shooting at 17th Street and Pennsylvania Ave. Law enforcement officials are on the scene. More information to follow.

“There was an actual shooting and somebody’s been taken to the hospital,” Trump said. “It was the suspect who was shot.”

Trump said Secret Service agents took him to the Oval Office by the agent who led him away from the briefing.

It wasn’t immediate clear what agency was involved in the shooting. Pennsylvania Avenue is closed at 17th Street, where it crosses between the White House grounds and LaFayette Park to 15th Street.

The White House was placed on lockdown immediately after the incident, NBC4 reported.

[Featured image: Trump escorted from the briefing room by a member of the Secret Service (AP Photo/Andrew Harnik)]