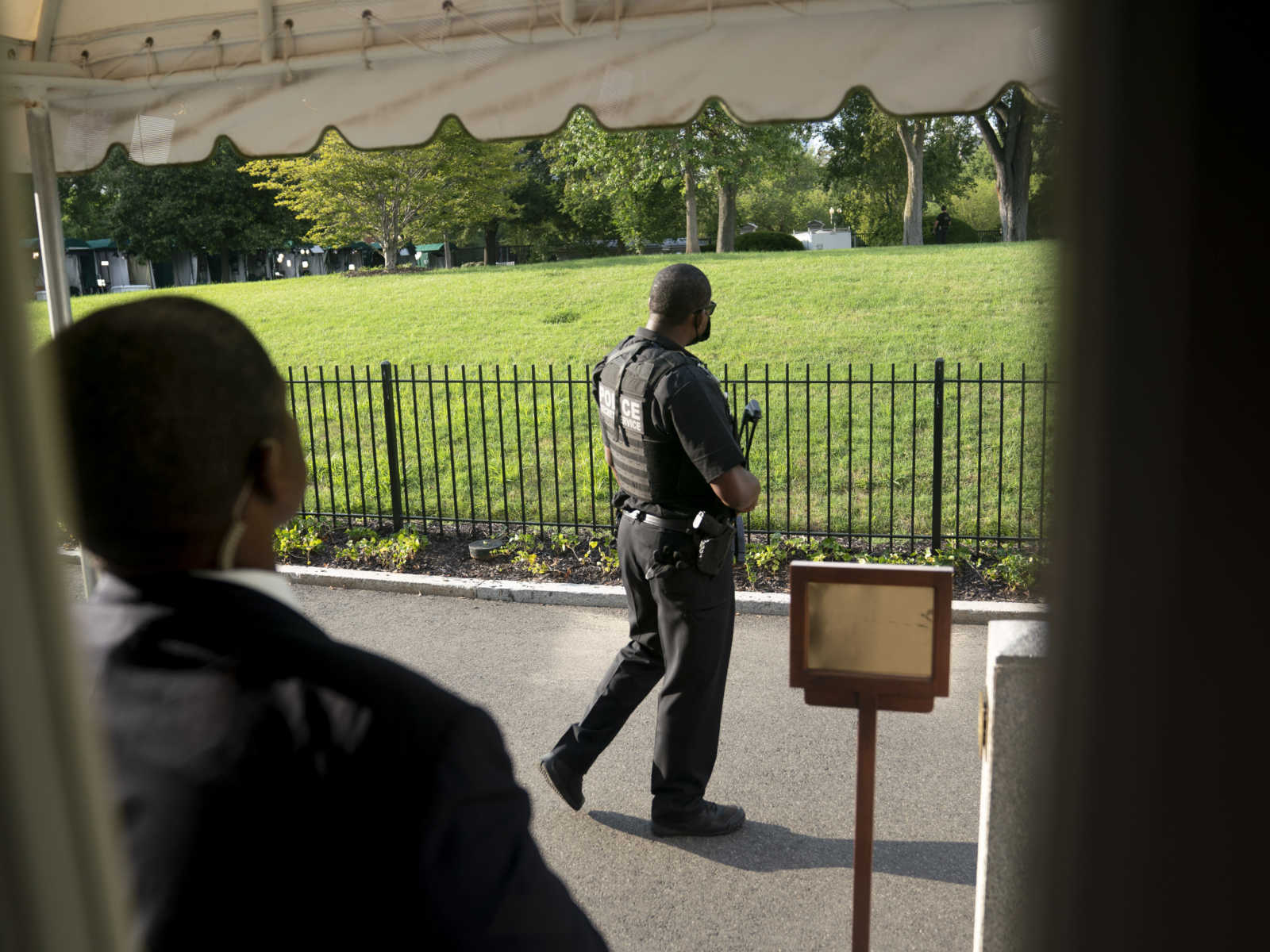 A man who was shot by a Secret Service officer outside the White House Monday was reportedly unarmed, but claimed to have a gun and threatened to kill people.

The Associated Press identified the man as 51-year-old Myron Berryman, who is currently hospitalized in critical but stable condition after an uninformed Secret Service officer shot him on Monday evening. as President Trump was addressing reporters in a televised press conference from inside the White House.

Secret Service Uniformed Division Chief Tom Sullivan told the news outlet that Berryman approached the officer, claiming to have a gun, and appeared “ready to fire,” the report states, without directly quoting Sullivan.

Other officials reportedly told the Associated Press that Berryman had been threatening to kill people.

On Tuesday, Yahoo! News White House Correspondent Hunter Walker shared a screenshot of a police report on Twitter, indicating the Berryman was not carrying a gun at the time he was shot.

The reporter said he had partially redacted the report before sharing it publicly.

The @DCPoliceDept confirmed Myron Basil Berryman, 51, was arrested after the shooting near White House yesterday. I obtained the police report, which notes he "stated" to the Secret Service officer who shot him that "he had gun." The report indicates a gun was not found on him. pic.twitter.com/SnXUw4Yz0b

According to the Washington Post, two law enforcement officials also said that no weapon was recovered from the scene. President Trump had previously told reporters that he believed the suspect had a gun.

“I’m going to kill you. I’m going to shoot you,” he said, according to the account published in the Washington Post.

Berryman is expected to be charged with assaulting a police officer.