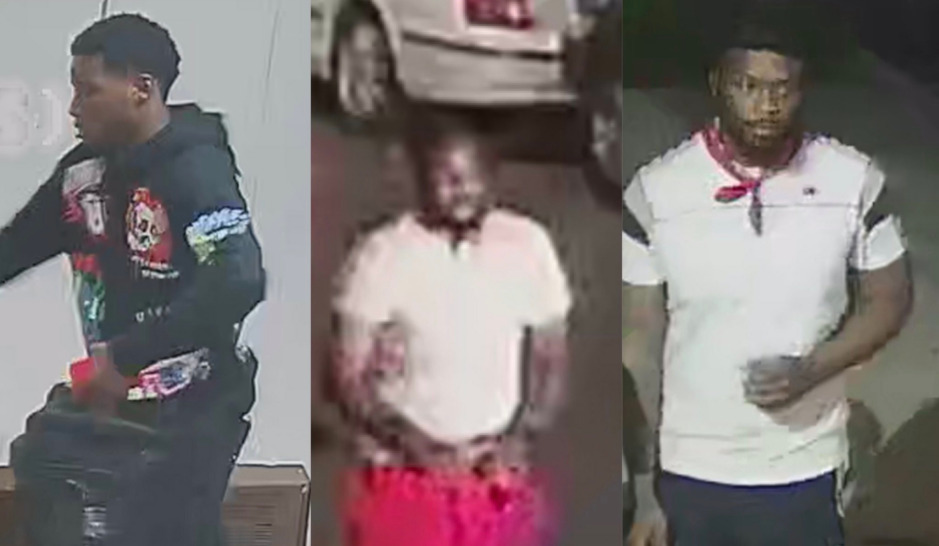 New York police released images Monday of three men they say were involved in a shooting at a cookout on July 12 that killed a 22-month-old boy in a stroller.

Davell Gardner was outside Raymond Bush Playground in Brooklyn’s Bed-Stuy neighborhood when a group of men got out of an SUV and started shooting. Gardner was hit in the stomach and died a few hours later at Maimonides Medical Center, as CrimeOnline previously reported.

Three other men in their 20s and 30s were injured in the shooting — a 27-year-old hit in the ankle, a 36-year-old shot in the leg, and a 35-year-old struck in the groin, according to the New York Times. None of their injures was life-threatening.

The New York Post said videos were released in addition to the photos. In one video, the Post said, two males are seen looking at their phones, at least one with a bandana over his face. In the other, a male is seen carrying a case or speaker of some kind.

New York Crimestoppers asked that anyone with any information about the three men contact them at 1-800-577-TIPS.