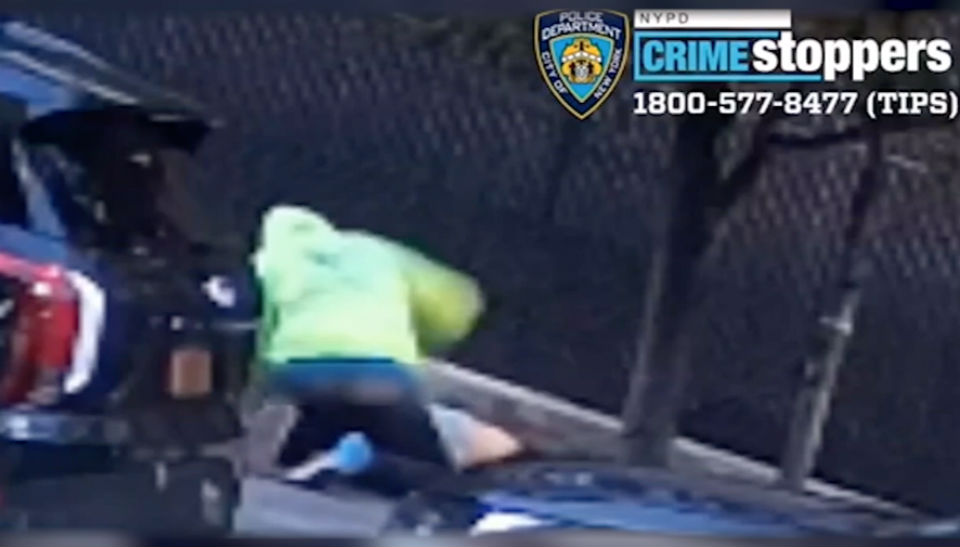 BOLO: Hunt for perp who bludgeons woman into coma on way to work, wrestles to get her pants off [VIDEO]

Police in New York are searching for a suspect who violently assaulted a woman as she was on her way to work Thursday morning.

ABC 7 News reports that the suspect approached the unidentified woman from behind, picked her up and slammed her to go the ground at the corner of Division and Rodney in Williamsburg, Brooklyn, at around 6 a.m. Thursday.

Yesterday, in Williamsburg in the confines of the @NYPD90Pct, a woman was ambushed, slammed to the ground and beaten. The suspect attempted to remove her pants before running away. If you have any tips please contact @NYPDTips. Help us get this monster off our streets. pic.twitter.com/2NJfqEjdyS

The suspect continued to punch the woman repeatedly in the face and body. At one point, according to the report, he appeared to try and remove the woman’s pants, but then ran off.

The woman, 46, was taken to a hospital with severe trauma injuries and reportedly put into a medically-induced coma.

As seen in the video, the suspect is wearing a bright yellow hooded sweatshirt. According to the report, he is further described as having a light complexion and a beard. In addition to the sweatshirt, he was also wearing red sneakers and dark colored pants.