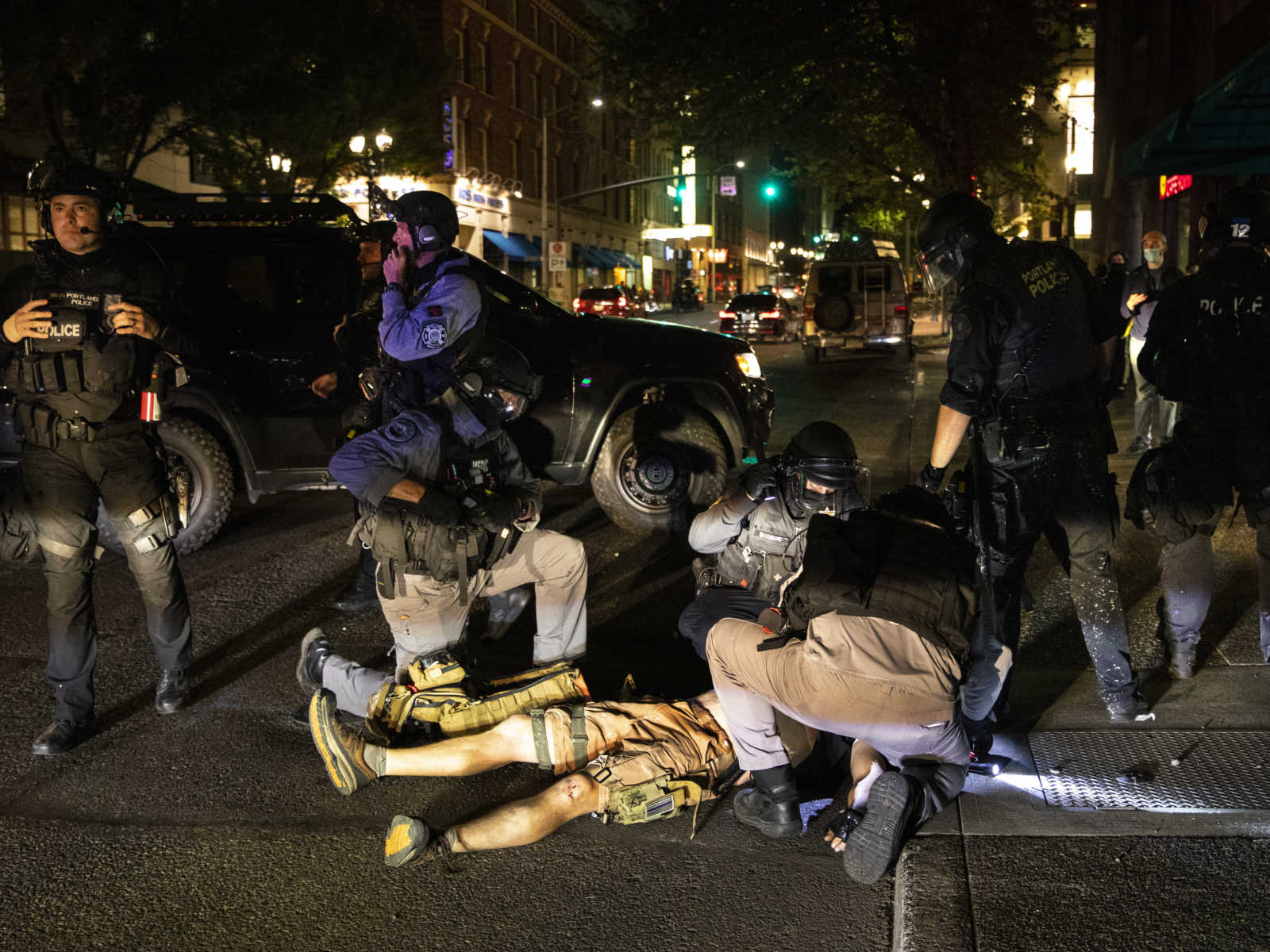 The shooting occurred as a 600-vehicle caravan of Trump supporters sparred with counter-demonstrators in Portland’s downtown.

Police have not definitively confirmed that the shooting was connected with the rallies, but an Associated Press photographer who saw the victim said he appeared to be a white man wearing a hat for the Patriot Prayer, a right-wing group that has previously fought protesters, according to the AP.

Witnesses reported hearing gunfire around 8:45 p.m. Saturday, shortly after the caravan made its way through the city. Video posted on social media shows people in a street before the shooting; shouting can be heard, followed by two gunshots

Officers nearby found a man with a gunshot wound to his chest. The man was later pronounced dead. His identity has not yet been released and authorities have not said whether they have determined who shot him.

Investigators were combing through various images and videos posted on social media as part of their review of evidence.

The Portland Police Bureau has asked any witnesses to provide information about what happened, including photos or videos from the scene.

“It is important for detectives to get a full and accurate picture of what happened before, during, and after the shooting,” the bureau said in a statement.

In a press release, Portland Police Chief Chuck Lovell urged the public to give investigators time to understand what happened.

“It is still early in this investigation, and I ask everyone to give the detectives time to do their important work before drawing conclusions about what took place,” Lovell said in the press release.

“If anyone can provide information about this case, I ask them to please reach out to our detectives. This violence is completely unacceptable and we are working diligently to find and apprehend the individual or individuals responsible.”

For more than three months, Portland has had daily protests since George Floyd was killed in Minneapolis. Many of the protests have involved violence and vandalism, and hundreds of participants have been arrested.

Trump on Sunday issued tweets about the killing and sought to reassure his supporters.

“GREAT PATRIOTS!” Trump tweeted in sharing a video of the caravan.

The route of the caravan was secret until it began, according to the AP. Participants gathered at a suburban mall and then drove into the city. Counter demonstrators sought to interfere with the caravan by attempting to block streets and bridges. Members of both groups at times fought with each other, such as firing paintball pellets or throwing objects.

There had been flare-ups of fighting in the hours after the shooting, prompting police to arrest at least 10 people.