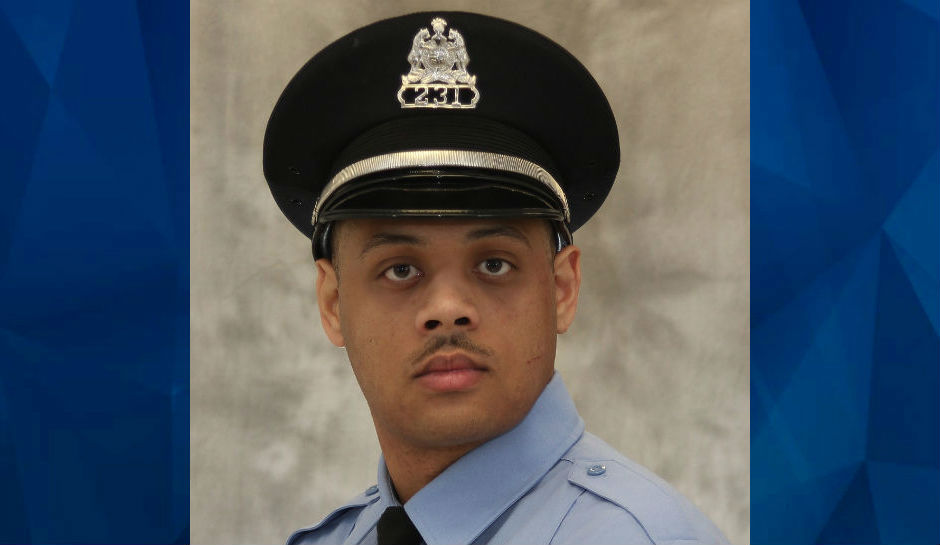 Young police officer killed in the line of duty; suspect shot him in the head: Report

Tamarris Bohannon leaves behind a wife and three children

A St. Louis police officer has died after a suspect allegedly shot him in the head after he responded to a report of a shooting this weekend.

KMOV-4 reports that St. Louis Metropolitan Police officer Tamarris Bohannon, 29, was pronounced dead on Sunday after he was shot in the line of duty.

St. Louis Police Chief John Hayden told the news station that Bohannon was among a team of officers that responded to a call about a shooting on Hartford Street early Saturday evening. The fellow responding officers reportedly heard gunfire while they were searching for a victim of the reported shooting, and saw Bohannon go down.

A second officer, who reportedly attempted to assist Bohannon, was shot in the leg and is expected to recover.

The suspect appears to have ambushed a St. Louis couple in their home prior to the officer shooting. Hayden told the news station that the suspect forced Steve and Mimi Haag out of their home as he barricaded himself there, allegedly shooting at the couple.

“I’m looking at my husband and I’m seeing this man … I didn’t look at his hand but I saw something dark in his hand and he said, ‘Ma’am, hang up your phone,” Mimi Haag told the news station. “I can’t believe this happened and that we walked out of that house without that man shooting us … standing there in our foyer with his gun.”

According to the St. Louis Post-Dispatch, police arrested a suspect, identified as 43-year-old Thomas Kinworthy, after hours-long negotiations.

KMOV-4 reports that Kinworthy has a lengthy criminal history.

Bohannon had reportedly been with the  St. Louis Metropolitan Police Department for close to four years. He leaves behind a wife and three children.

The police department reportedly posted a statement on Twitter confirming the tragic death.

“The loss of this great man is felt deeply within the St. Louis community and we ask for your prayers and support in the days ahead,” the statement reads in part.

Officer Tamarris L. Bohannon dedicated over three and a half years of service to the citizens of the City of St. Louis.