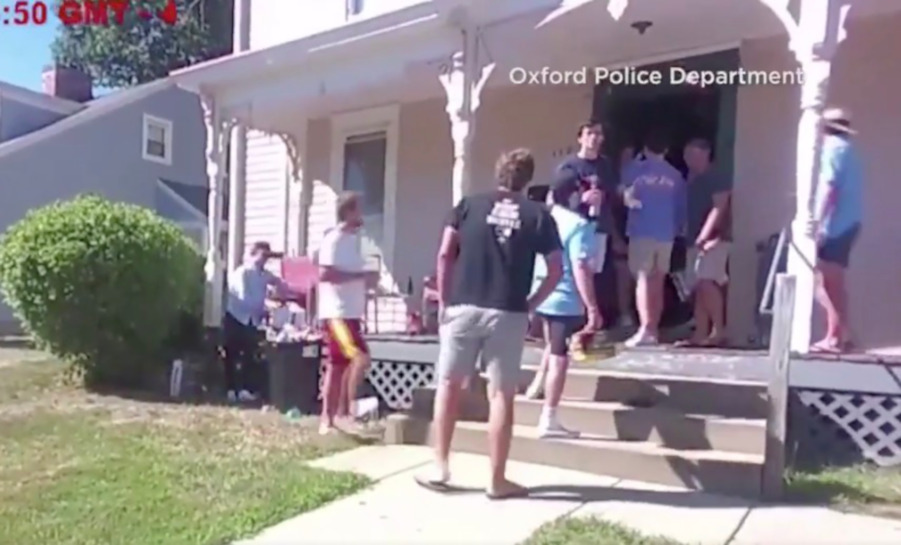 SEE IT: College student stays at home, throws house party when he tests positive for COVID-19

An Ohio police officer busted a college student house party last weekend for violating capacity rules, but it was what he learned when he ran one of the students’ driver’s licenses on the computer that shocked him.

The student, one of the organizers of the party, had tested positive for COVID-19, the disease caused by the novel coronavirus, WKRC reported.

And not just that one student — he told the officer “They all do,” when asked how many other people at the house have tested positive for the disease.

Oxford police said at least 20 people were packed into the home just off the campus of Miami University — COVID rules limit gatherings to 10 people. Five men who lived at the house and one visitor were cited for breaking the COVID rules, which carries a $500 fine. The university would not comment on individual cases, but told CBS News that students in violation of quarantine or isolation orders would face disciplinary action.

“The way I interpreted the video from the bodycam footage was — he felt like he was at home and quarantining like he was supposed to be and that the majority of the people that were at the house had passed by and stopped by,” said Oxford Police Lt. Lara Fening, who also called the case “egregious.”

Police released the footage showing the officer’s arrival. As the student who lives at the house tells people they have to leave, the officer asks for his ID. When he returns, this conversation follows:

More than 1,000 students at Miami University have tested positive for the virus, WKRC reported, and the schools is set to begin in-person and hybrid classes on September 21.