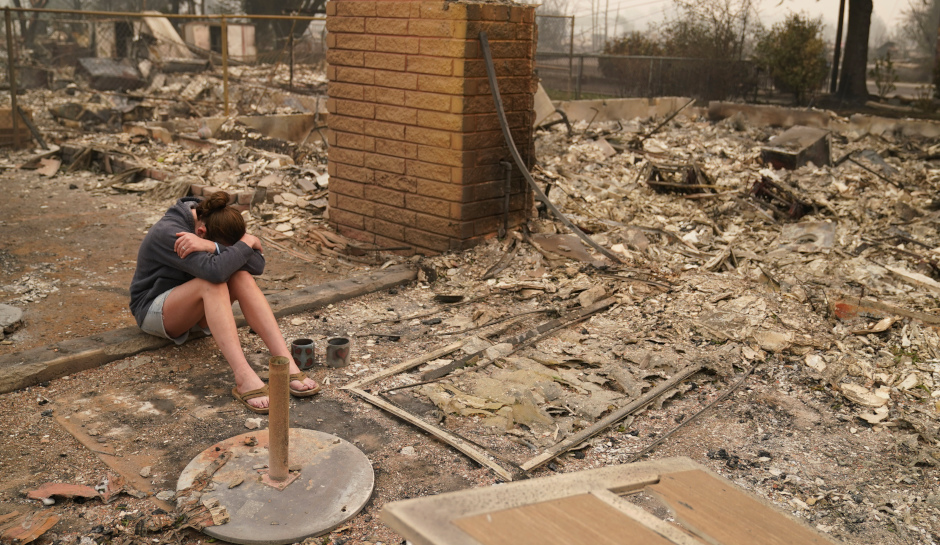 Officials across the state say rumors that ‘antifa’ activists are starting fires are ‘false information.’

Oregon officials have charged a homeless man with starting one of two ignition points for the 3,200-acre Almeda fire in the southern part of the state, the Jackson County Sheriff’s Office said.

Bakkela was initially arrested for violating probation on an earlier drug charge and later charged with two counts of arson, 15 counts of criminal mischief, and 14 counts of reckless endangering.

The fire Bakkela is suspected of starting was one of two ignition points for the Almeda fire, which was at 50 percent contained by noon on Saturday, OregonLive reported. Two people have been found dead in the blaze, one of whom has been determined to have died from the fire. But that person was found near the other origin point and not the one Bakkela is accused of setting. Oregon State Fire Marshal’s office spokesman Rich Tyler said it’s not been determined if the second person died directly because of the fire.

The Almeda fire is one of the smaller wildfires burning in Oregon, where Gov. Kate Brown says more than 1 million acres have been scorched and seven people are dead with dozens more missing, according to OregonLive. Tens of thousands are under mandatory evacuation orders with several hundred thousand more told to be prepared.

Adding to the difficulties of battling the devastating fires are wild rumors that anti-fascists, known as antifa, are setting fires and plan to loot houses that are evacuated. Other rumors accuse Democrats of starting the fires for political gain. State and federal officials say they have seen no evidence whatsoever to support those rumors, including Bakkela’s arrest, according to OregonLive. Ashland Police Chief Tighe O’Meara, who said a criminal investigation into the start of the Almeda fire is under way, added that rumors about antifa groups starting fires were “100% false information.”

Multiple agencies have posted on social media urging people to stop sharing the rumors, but the falsehoods continue to spread. On Thursday, armed men confronted an Oregon Public Broadcasting journalist and two other, independent reporters in Molalla and ordered them to leave the city.

“I was interviewing a couple, two men with rifles approached our group and asked what we were doing and what we’re taking pictures of,” Sergio Olmos said Thursday afternoon in a tweet. “Then [they] told us it was time to leave.”

“Get the fuck out of here” is what they said https://t.co/SGUsgEVR71

Justin Yau, one of the reporters with Olmos, wrote on Twitter than the armed men were “wary of outsiders based on rumors of arsonists starting fires in the area.”

Late Friday, the Multonomah County Sheriff’s Office tweeted that residents in Corbett had set up checkpoints and were stopping cars, warning that “it is never legal to block a public roadway or force other citizens to stop.”

On Saturday, a Clackamas County Sheriff’s deputy was put on leave after he appeared in a viral video saying, “Antifa motherf******s are out here causing hell. There’s a lot of lives at stake and there’s a lot of people’s property at stake because these guys got some vendetta.”

Clackamas County Sheriff Craig Roberts apologized “to all in our community” over the video, saying it was vital for deputies “to provide calm and safety.”