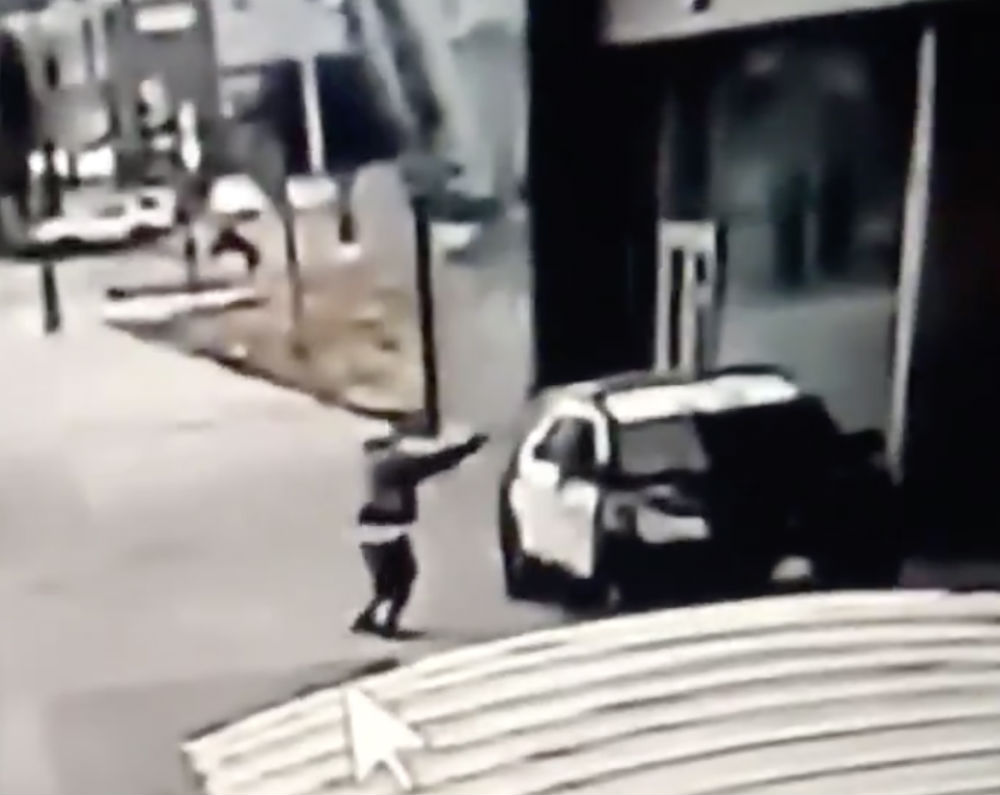 Two sheriff’s deputies in Los Angeles were severely wounded on Saturday night after they were ambushed in their patrol vehicle by a gunman still at large, CNN reports.

The shooting occurred around 7 p.m. near a light trail station in Compton when the suspect walked up behind the deputies’ vehicle, appearing as if he was going to walk past the car, and instead raised a gun and fired multiple shots that hit both deputies, LASD Capt. Kent Wegener said during a news conference.

The deputies — a 31-year-old mother and 24-year-old man — underwent surgery on Saturday night and were in critical condition.

“One male deputy and one female deputy were ambushed as they sat in their patrol vehicle,” a tweet from the sheriff’s department read. “Both sustained multiple gunshot wounds and are in critical condition. They are both currently undergoing surgery. The suspect is still at large.”

Update: One male deputy and one female deputy were ambushed as they sat in their patrol vehicle. Both sustained multiple gunshot wounds and are in critical condition. They are both currently undergoing surgery. The suspect is still at large.

Sheriff Alex Villanueva told reporters at the news conference that the suspect shot the deputies “in a cowardly fashion.”

A security camera recorded video of the shooting, which the sheriff’s department posted on Twitter Saturday evening. The video shows a person wearing dark clothing walking up the deputies’ vehicle, shooting and then fleeing. The suspect was a dark-skinned male, FOX Los Angeles reports.

Update: The gunman walked up on the deputies and opened fire without warning or provocation. pic.twitter.com/cBQjyKkoxJ

The sheriff’s department on Saturday tweeted that the deputies are “both still fighting for their lives.”

“This is just a somber reminder that this is a dangerous job, and actions and words have consequences. Our job does not get any easier because people do not like law enforcement,” Villanueva told reporters at the news conference. “It pisses me off, it dismays me at the same time. There’s no pretty way to say it.”

Elsewhere on Twitter, the FBI’s Los Angeles bureau offered assistance in investigating the attack and U.S. Rep. Adam Schiff (D-Burbank), whose district covers part of Los Angeles County, wrote that he was praying for the deputies.

A small group of protesters convened at the hospital where the deputies were being treated, ABC7 reports. Witnesses told the television station that the protesters were chanting statements against police and attempted to enter the hospital. The Los Angeles County Sheriff’s Department tweeted that some protesters were yelling “We hope they die” in reference to the wounded deputies.