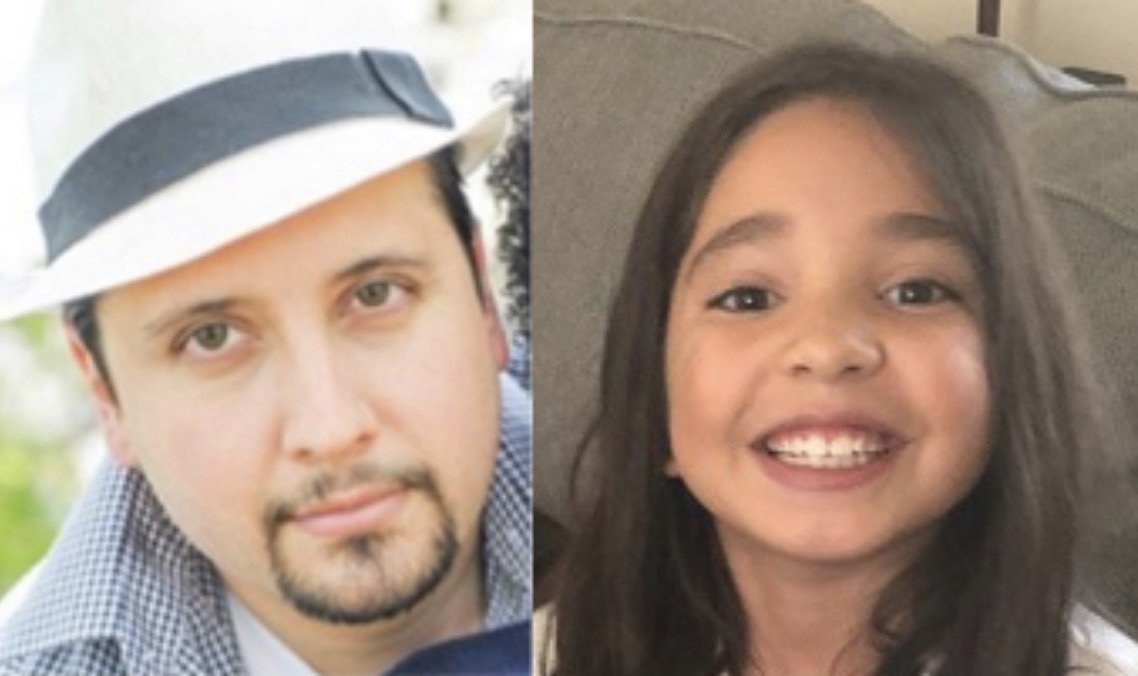 The father, 41-year-old Juan Pablo Torres, is in custody, the station said. He was still wearing the body armor he was wearing at the time of the abduction, officials said.

There was no word about the two men who were reportedly with him.

Police in Pennsylvania and New York are looking for a 7-year-old girl abducted by armed men who included her non-custodial, biological father, the Pennsylvania State Police said Friday.

Police said they could be driving a white or black Dodge Charger and may be heading toward New York City. Juan Torres should be considered “armed and dangerous,” police said.

Giselle is 4’0”, with brown eyes, brown hair; wearing a white tank top and purple tights. Juan is 5'4", 160 lbs., with brown hair and brown eyes; wearing body armor, a facemask, and glasses. Anyone with information about the abduction should immediately call 911. https://t.co/ZelvQVRRTX

“The child was taken under circumstances that lead police to believe that they are in imminent danger of serious harm and/or death,” the New York state website for Amber Alerts says.

Anyone with any information on this abduction is asked to call the Cheltenham Township Police Department at (866) NYS-AMBER or dial 911.