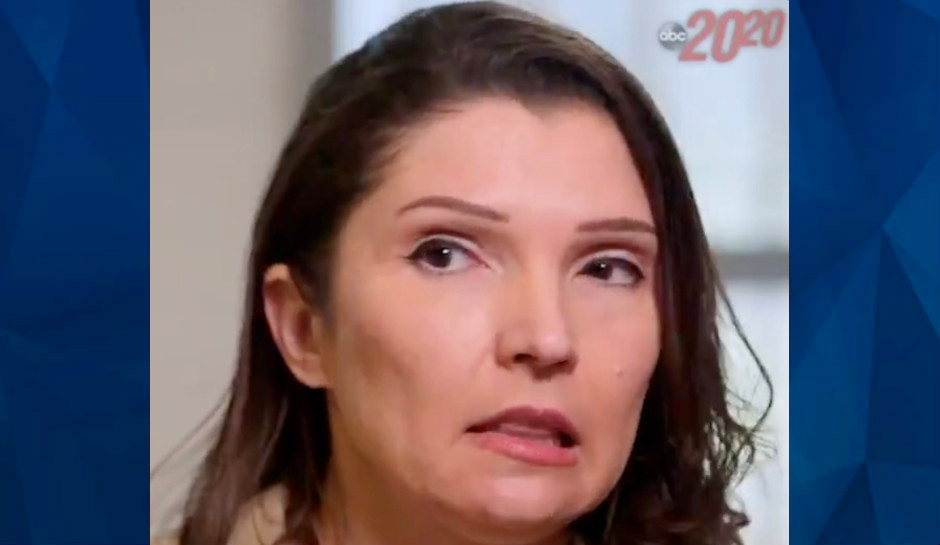 Melanie McGuire has been in prison for 13 years, convicted of killing her husband, dismembering his body, and dumping it into the Chesapeake Bay in three green, Kenneth Cole suitcases.

She insisted at trial she was innocent, and she insists that still, ABC reports in a two-hour, 20/20 special, “The Secret in the Suitcase,” which aired Friday night.

“After all these years, I still feel hurt. I still feel bothered. Like, how could somebody think that I did that?” McGuire told ABC News’ Amy Robach.

McGuire says that the 2004 day her husband Bill disappeared, they had a violent fight and he choked and hit her.

“He probably would have broken my cheek if it had been a closed fist,” she said. “I looked down and there’s my 2-year-old. I grabbed the baby and went to the bathroom right behind me and shut the door. I just wanted to get away from him at that point. He said he was leaving and he wasn’t coming back and I could tell my children they didn’t have a father.”

After that, she says, she never saw him again. His body surfaced in the three suitcases 300 miles away from their New Jersey home, near Virginia Beach.

Investigators tell a different story, however. They say Melanie McGuire, a nurse, bought a gun in Pennsylvania, researched ways to kill someone online, forged a prescription for a sedative, and killed her husband because she wanted to be with her lover, a doctor at the medical practice where she worked. The doctor, Bradley Miller, ultimately testified against McGuire at her 2007 trial, where she was dubbed “the suitcase killer.”

Now 47, McGuire says she hopes a new podcast based on her case, “Direct Appeal,” can help free her from prison, where she’s serving a life sentence, not eligible for parole until she’s 101.

“It was hard. It was reliving it. But this was the first time somebody was basically saying, ‘We hear you,’” said she said.

McGuire also had a message for her two sons, now adults. The court awarded custody of the boys to her husband’s sister, but she wants them to do their own research.

“Make up your mind. Don’t accept what you’re just being told on the surface. Dig, dig. These documents exist. This stuff exists. It’s out there,” she said.