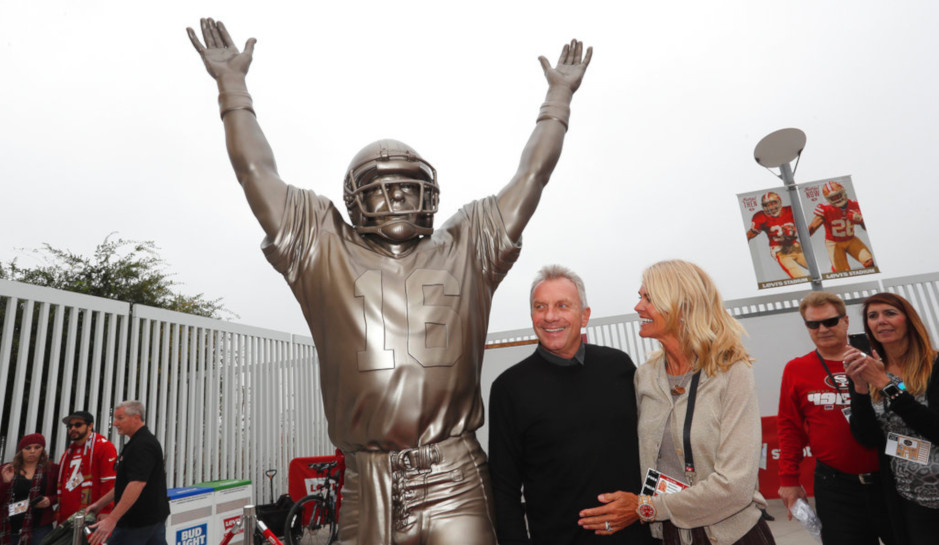 Pro football Hall of Famer Joe Montana ran out of his Malibu home Saturday and flagged down passing Los Angeles County deputies patrolling the area after a woman walked into his home and tried to kidnap his 9-month old grandchild.

Montana, a four-time Super Bowl champion, and his wife Jennifer confronted the woman, who reportedly grabbed the baby out of a playpen, first trying to “deescalate the situation” by asking her to give the baby back, CBS Los Angeles reported.

“A tussle ensued and Mrs. Montana was able to safely pry the child out of the suspect’s arms,” the sheriff’s department said in a statement.

The woman, identified as 39-year-old Sodsai Dalzell, fled to a neighboring house, where she was arrested.

Dalzell has been charged with kidnapping and burglary and is being held on a $150,000 bond. She’s expected in court on Tuesday.

The incident took place at about 5 p.m. Saturday, as CrimeOnline previously reported. Initial reports indicated Dalzell snatched the baby out of the arms of a woman in the Montana’s living room, but that report was incorrect.

Thank you to everyone who has reached out. Scary situation, but thankful that everybody is doing well. We appreciate respect for our privacy at this time.

Montana tweeted out a thank you for fans’ concern and asked for privacy.

Montana is a legendary quarterback who played college ball for Notre Dame and was drafted in the third round by the San Francisco 49ers in 1979. He led the 49ers into the playoffs nine times — including four Super Bowl wins in four appearances — until an injury derailed his days in San Francisco in 1990. He played a half a game more with the 49ers in 1992, after recovering from the injury, and then led the Kansas City Chiefs to the playoffs in his two final years as a pro there.

[Featured image: Joe Montana, center, and his wife Jennifer next to a statue of Montana commemorating “The Catch,” which was unveiled along with a statue of wide receiver Dwight Clark, before an NFL football game in 2018. Clark caught a touchdown pass, known as “The Catch,” from Montana in the NFC Championship game to beat the Dallas Cowboys on January 10, 1982. (AP Photo/Tony Avelar)]