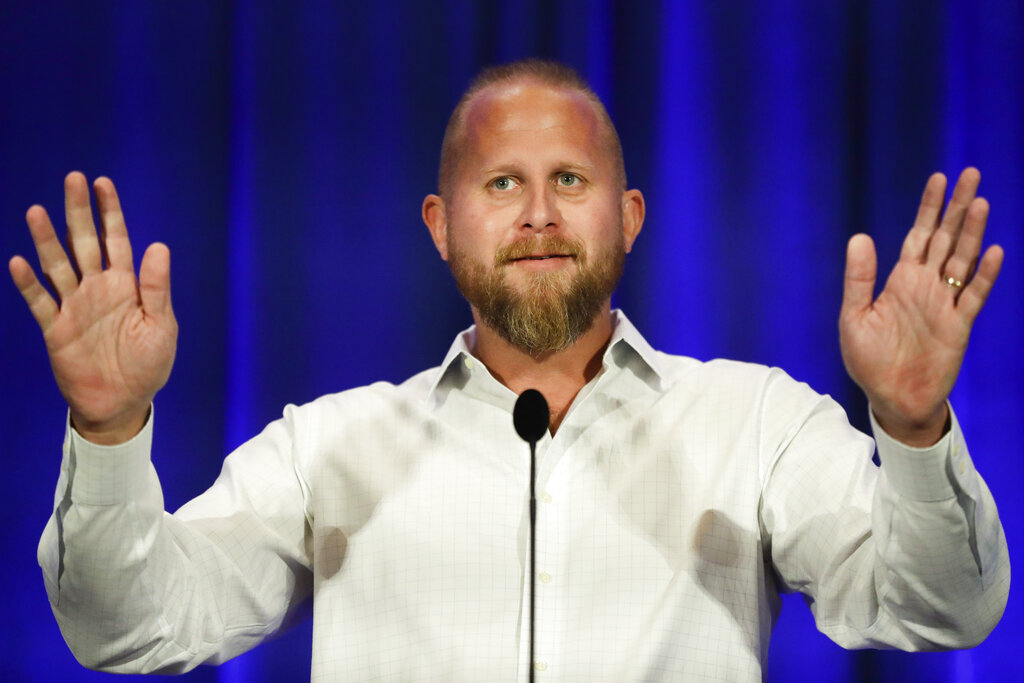 Police have released body cam footage of the standoff outside the home of Brad Parscale, Donald Trump’s former campaign manager, following a domestic incident on Sunday. The footage captures interviews with Brad’s wife, who reportedly had bruises on her face and body, and also shows the moment that Parscale finally exits his home, and is soon tackled by a police officer who commanded him to get down on the ground.

Here is the police video of Brad Parscale's arrest https://t.co/fSqLEoGyso

Donald Trump’s former campaign manager Brad Parscale was in a standoff with police after he allegedly threatened his wife with a loaded gun, and responding officers observed injuries to his wife’s face and arm.

Citing police reports, the Miami Herald has revealed more details about the incident at Parscale’s home on Sunday night that led to his hospitalization in a psychiatric hold. While initial reports indicated Parscale was suicidal, the new details show that his wife feared for her own safety, and that Parscale was uncooperative with law enforcement.

Parscale was the digital media director for Trump’s 2016 campaign and served as Trump’s re-election campaign manager until July of this year, when he was fired. On Sunday afternoon, police were called to his home in Fort Lauderdale’s Seven Isles neighborhood. According to the Miami Herald, Parscale’s wife Candice Parscale had fled to a neighbor’s home following an argument with her husband. Candice Parscale later told police that she left the home after Brad put a round of bullets into the chamber of a pistol — one of 10 firearms confiscated from the home.

According to the Sun Sentinel, Candice called 911 after fleeing the home and said she thought she heard a gunshot, and was concerned that her husband might be suicidal. She later told police that she wasn’t sure if what the heard was a gunshot or the sound of a car backfiring.

Responding officers who arrived to the neighbor’s home noticed that Candice Parscale had bruises on her face and arm, according to the Sun Sentinel. The Sun Sentinel and the Miami Herald appear to convey slightly different accounts of events, but both reports say that Candice told police her husband caused the bruises days earlier.

“While speaking with Candice [sic] Parscale I noticed several large sized contusions on both of her arms, her cheek and forehead,” Fort Lauderdale police officer Steven Smith wrote in a police report obtained by the Miami Herald. “When I asked how she received the bruising, Candice [sic] Parscale stated Brad Parscale hits her.”

Candice told police that her husband suffers from PTSD, drinks alcohol, and had been particularly stressed out in recent weeks, sometimes becoming violent.

Brad Parscale, who is reportedly 6 feet 8 inches tall, did not cooperate when officers asked him to exit his home, according to both reports. A hostage negotiator and a SWAT team were called to the scene, but a standoff continued for an unknown period of time before a police officer who is reportedly a close friend of Parscale’s arrived to the property and convinced Parscale, via a telephone conversation, to exit his home.

But when Parscale did exit his home, he ignored officer commands to get down on the ground, leading one officer to subdue him with a “double-leg takedown” at which point fellow officers handcuffed him.

Parscale was taken to the hospital and has been placed on a 72-hour psychiatric hold.

As of Monday afternoon, it does not appear that Parscale has been charged with any crimes.