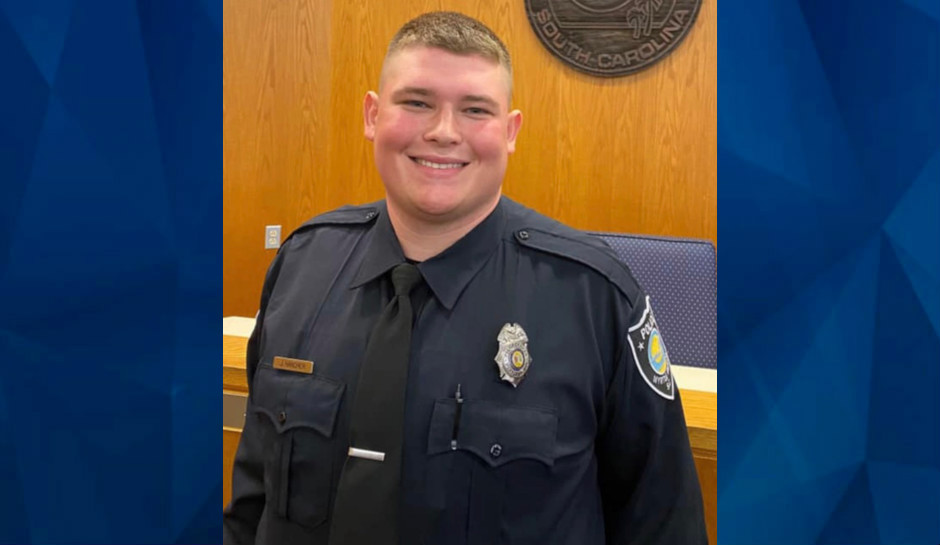 A Myrtle Beach, South Carolina, police officer was killed and another wounded when they responded to a domestic call just two blocks from from the famed beach Saturday night.

The suspect was also found dead, according to the State Law Enforcement Division (SLED), which was called in to investigate.

“Today we are mourning the loss of one of our officers,” Prock said. “PFC Jacob Hancher was killed in the line of duty while responding to a call for service.”

Hancher “made the ultimate sacrifice,” the chief said. “He cared about the people he served, served with and absolutely loved Myrtle Beach.”

"Today we are mourning the loss of one of our officers, PFC Jacob Hancher was killed in the line of duty while…

Prock said Hancher had been a community officer for four years and a police officer for less than a year. He also served as a volunteer firefighter with Horry County Fire Rescue.

The #HCFR family is saddened to learn of the death of Jacob Hancher, a @MBPDSC Ofc. who also served Horry Co. as a vol. FF.

Our hearts go out to Hancher’s family, friends, loved ones, law enforcement colleagues and fellow team members here at HCFR during this difficult time.

Police responded to the call at about 10 p.m. Saturday night, SLED said, and a suspect engaged in a gunfight with the officers. The wounded officer, who was not named, was taken to a hospital and released on Sunday, Cpl Tom Vest said, according to WMBF.

Neither SLED nor Myrtle Beach police provided further information about the incident, including whether the suspect was killed by a police bullet or one of his own. Neither organization identified the suspect.