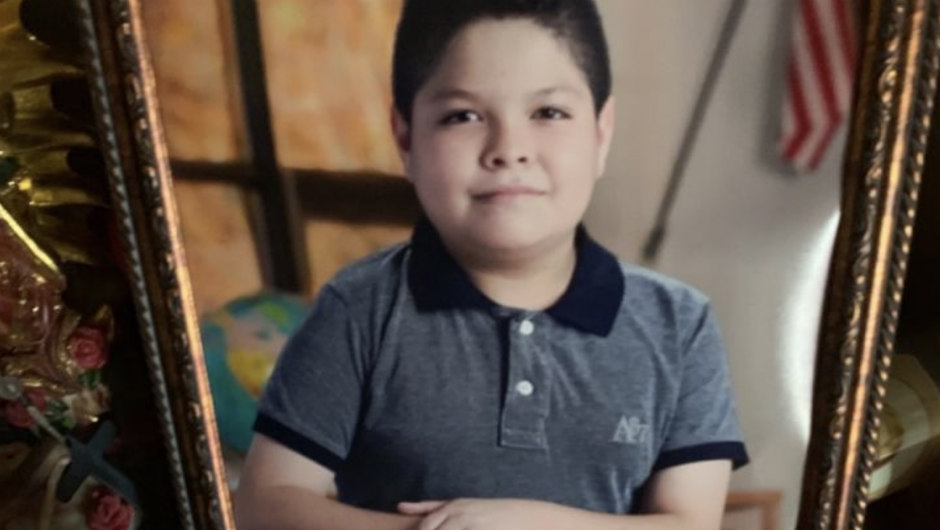 A 13-year-old Georgia boy is dead and a gunman is on the run after shooting the child in the face on Thursday, according to Clayton County police.

NBC’s 11Alive reports that Brayan Zavala was outside in the front yard of his family’s Riverdale home, with his brother and father. The victim’s teen brother said were working on a lawnmower when a black male wearing a ski mask drove up, got out of his vehicle, and shot Brayan in the face with a shotgun.

“[The shooter] didn’t say nothing,” the victim’s brother, Jesus Zavala, said. “He didn’t say, ‘I’m assaulting you. I’m robbing you.’ Naw, he just stood there and shot my brother.”

Jesus said the gunman fled the scene in a dark-colored Chevy HHR with no license plates. He was wearing black pants and a long-sleeved grey shirt.

Officers arrived at the scene at around 9:15 p.m. at the residence off of Willow Lane. They found the victim deceased upon arrival.

Family members said they moved to the area around four years ago and had no known enemies.

Jesus indicated that his brother was likely an open target, as he was working on the lawnmower in open view of the shooter, AJC reports.

“The bullets passed through him and blood just squirted out of him. We tried to stop all the blood but by the time the police got here, it didn’t seem like he had like, life or a chance to live.”

Meanwhile, the family set up a GoFundMe page to help with funeral and burial expenses. Brayan has been described as a “fun-loving” boy who liked to ride his bike.

The investigation is ongoing. Anyone with any information on the shooting is should call Clayton County Police at (770) 477-3747.