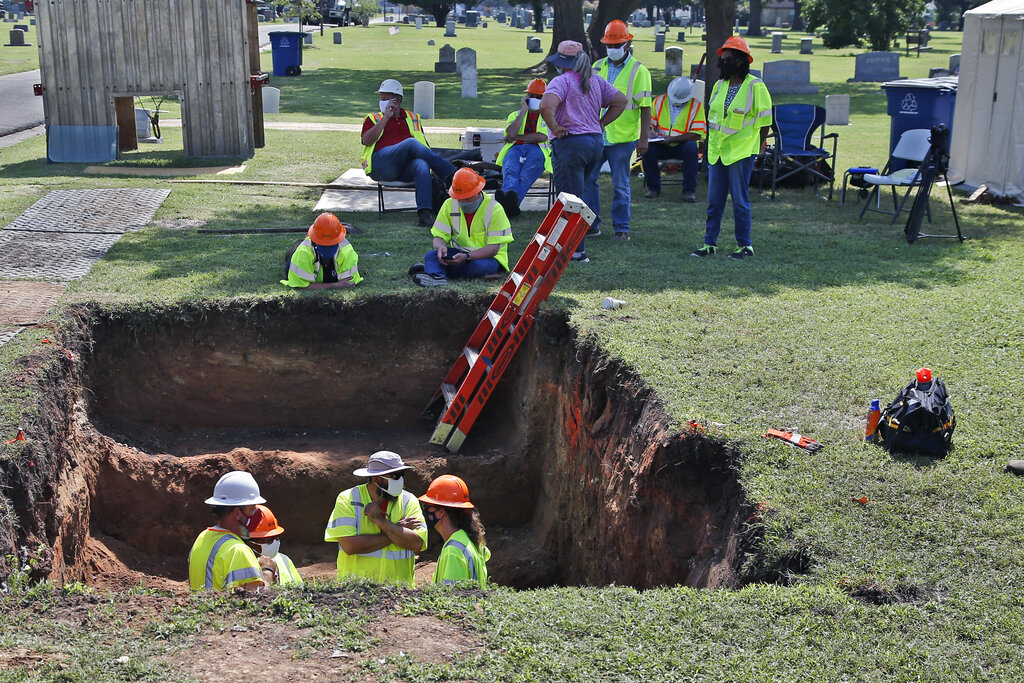 Authorities found human remains during a search for possible mass graves connected to the 1921 Tulsa Race Massacre in Oklahoma.

As CNN reports, authorities began a series of test excavations of graveyards they suspect may hold the bodies of some of the hundreds of Black citizens killed nearly 100 years ago after a large group of white people violently attacked them, looting and burning the city.

State Archaeologist Kary Stackelbeck told News on 6 that human remains had been found on Tuesday. A reporter for KJRH-TV said on Twitter that the remains were found 3 feet from the ground’s surface.

#Breaking – Human remains found in the search for mass graves from the 1921 Tulsa Race Massacre. Found 3 feet from surface. Excavation work will continue. More to come tonight at 5!

A previous test excavation at Oaklawn Cemetery this summer ended without any discovery of human remains.

It is not yet known if the remains found are connected to the Tulsa Race Massacre.