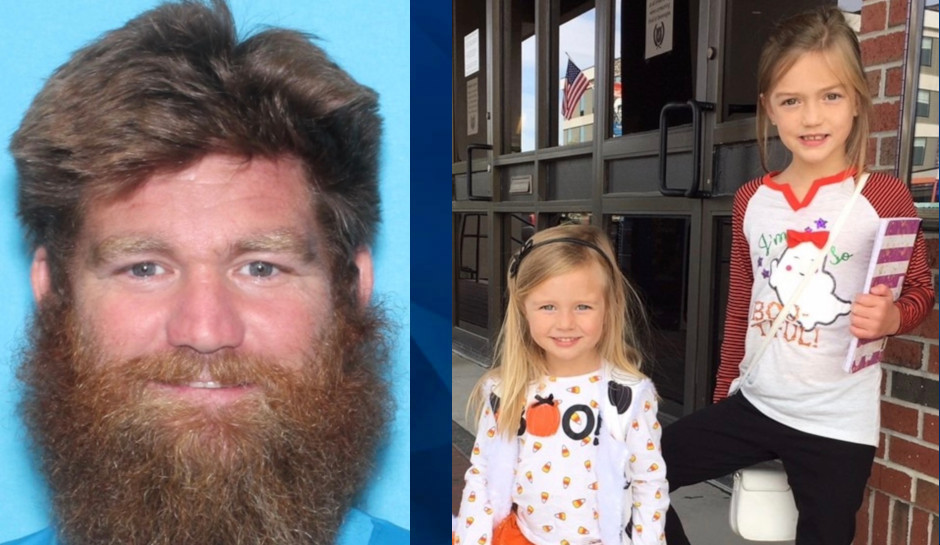 Dad Donny Jackson is also the suspect in the murders of two young boys found dead when the girls were discovered missing.

The suspect, 40-year-old Donny Jackson, was taken into custody, the Kansas Bureau of Investigation said.

Jackson is also the suspect in the murders of two young boys, ages 11 and 14, KBI said. Authorities have not identified the boys, but Leavenworth County Undersheriff Jim Sherley told the Kansas City Star that all the children are related.

The search for Jackson and the two girls — Nora Jackson, 7, and Aven Jackson, 3 — began shortly after 1 p.m. when a family member went to the Leavenworth home to find out why one of the children had missed a soccer game and found the two boys dead. The family member called 911.

The KBI issued an AMBER Alert for the girls and later learned that a Kansas Highway Patrol trooper had briefly stopped Jackson’s black 2008 Honda Accord for a traffic infraction about 45 minutes before the crime scene was discovered, as CrimeOnline previously reported. The traffic stop took place on US Highway 169 in Kansas near the Oklahoma state line, prompting authorities to expand the AMBER Alert to Oklahoma and Arkansas and to caution they could also be headed toward Texas. The girls were in the vehicle at the time.

The Leavenworth County Undersheriff said there had been "some back and forth" with the other family members. When one of the children did not show up to a soccer game a family member went to the house and found the boys. pic.twitter.com/be5ilNTvsW

While it’s unknown if Jackson is related to the two boys, his Facebook page contains photos of both Nora and Aven and two boys who appear to be the right ages.

Investigators do not yet know what time the murders and kidnapping took place and have released no further information about the crimes.

This is a developing story. Please check back for more information.