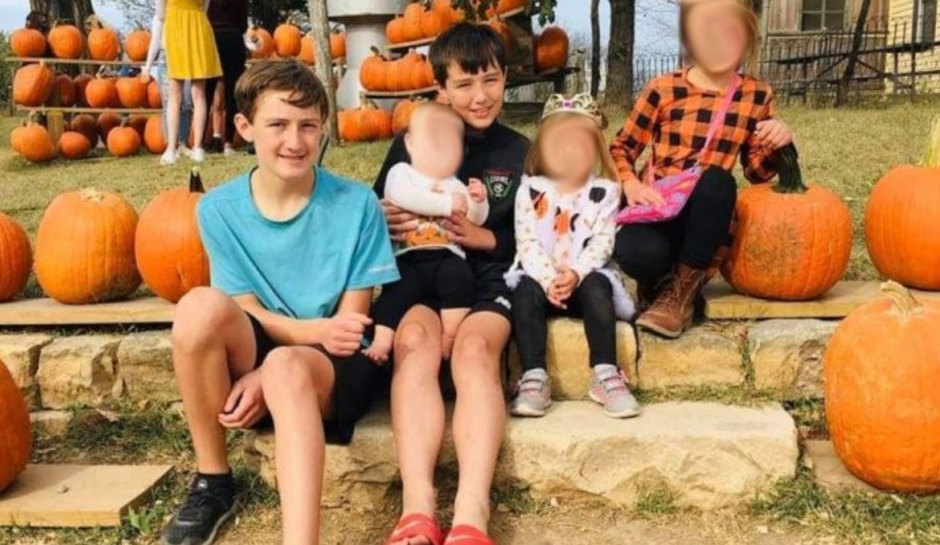 A Kansas father was in custody Sunday after he allegedly kidnapped his young daughters and fled the state — leaving behind the bodies of his two young sons.

Nora Jackson, 7, and Aven Jackson, 3, have been returned to their mother, the Kansas City Star reported, after AMBER Alerts were issued in three states before an Oklahoma Port of Entry officer pulled over Donny Jackson’s Honda Accord just five miles from the Texas state line near Erick.

Jackson, 40, has not yet been charged with a crime.

The search for the girls began shortly after 1 p.m. on Saturday when a family member, concerned that one of the children had missed a soccer game, went to their Leavenworth home and found the bodies of Logan Jackson, 14, and Austin Jackson, 11. The girls were missing, and the family member called 911, as CrimeOnline previously reported.

The Kansas Bureau of Investigation issued an AMBER Alert for the girls and later learned that a Kansas Highway Patrol trooper had briefly stopped Jackson for a traffic infraction about 45 minutes before the crime scene was discovered. The traffic stop took place on US Highway 169 in Kansas near the Oklahoma state line, prompting authorities to expand the AMBER Alert to Oklahoma, Missouri, and Arkansas and to caution they could also be headed toward Texas. The girls were in the vehicle at the time, the KBI said.

Hours later, the Beckham County Sheriff’s Office got a tip that a vehicle matching the description of Jackson’s Honda had been seen getting fuel at the 26 mile marker on Interstate 40 — between Oklahoma City and the Texas line — the Oklahoma Highway Patrol said. Troopers heard the county sheriff’s broadcast and headed in that direction. A few minutes later, Beckham County radioed that a truck driver had seen the Honda going westbound at mile marker 7. A Port of Entry officer at Exit 7 saw the vehicle go by and began a pursuit with emergency lights on.

“The vehicle kept driving and took exit 5 and stopped,” OHP said in a statement. “The officer gave the driver commands to exit the vehicle and he did so. Within 2 minutes of the stop, troopers and Beckham County deputies arrived and assisted in taking 40 year old Donny Jackson into custody.”

The 2 young girls in the amber alert out of Kansas have been found safe. One of our Port of Entry officers spotted the vehicle on I-40 in Beckham County and stopped it. Troopers and Beckham County deputies assisted taking 40 year old Donny Jackson into custody. pic.twitter.com/mmZgYsMTmX

The two girls were in the vehicle and were safe, OHP said.

The Star reported that Donny and Tara Jackson were engaged in divorce proceedings and that Donny Jackson’s attorney had recently withdrawn from the case. With Jackson now representing himself in court, a status hearing had been scheduled for November 12.

A longtime friend of Tara Jackson, Marisa Clausen, set up a GoFundMe to help the family and asked that the family be given privacy.

“Tara is now faced with the overwhelming task of paying for a funeral for her two sons,” the fundraising page said. “She will also face many other unknowns in the future.”

“Nora and Aven, were reunited with Tara after a multi state amber alert, will undoubtedly need help to get through this tragic event as well,” Clausen wrote on the GoFundMe page.

Photos on the GoFundMe page show Logan, Austin, Nora, Aven, and a baby. No mention has been made of the baby’s status.