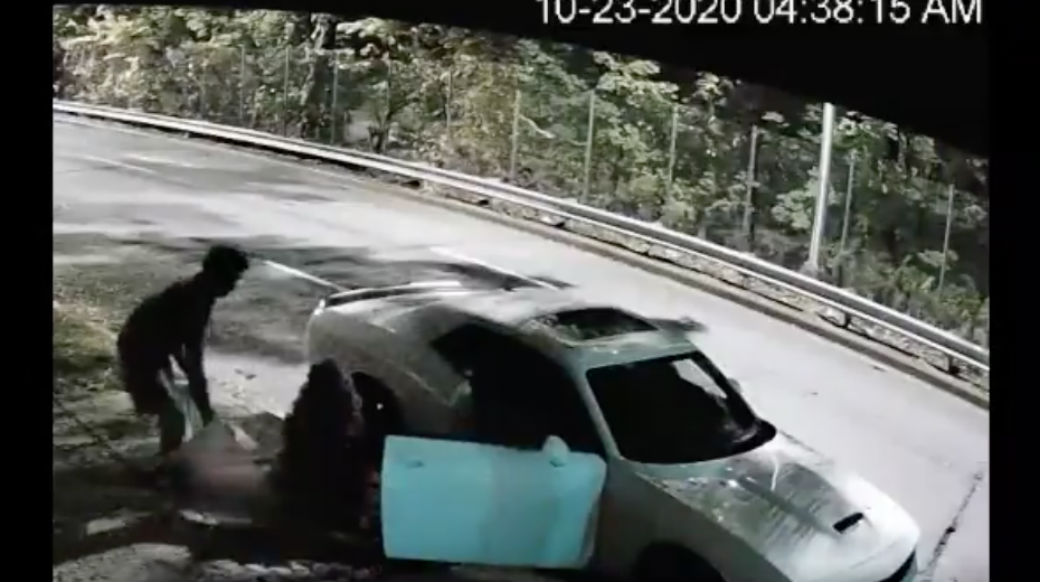 A suspect in the apparent murder of a pregnant New York woman and her unborn child has been arrested.

As the New York Post reports, Vanessa Pierre, a 29-year-old nurse practitioner who was six months pregnant, was found dead along a highway in Queens on Friday morning.

Pierre’s boyfriend, Goey Charles, was arrested and charged with second-degree murder on Sunday. The suspect, also 29, was reportedly seen on video dragging Pierre’s dead body out of a vehicle, believed to be Pierre’s car, before leaving the scene.

On October 23rd in the confines of the 111th precinct, 29-year-old Vanessa Pierre and her unborn baby were found deceased laying facedown on the sidewalk off of Horace Harding Expressway. pic.twitter.com/OiTW0AMzud

Both the suspect and the victim are Long Island residents. The victim’s sister Melissa Pierre told the New York Post that the suspect is the father of Vanessa’s unborn baby girl, who was also killed. She also said that she had concerns about Charles and discouraged her sister from staying in the relationship.

“She loved him and she wanted a family but I told her this man is not it,” Melissa told the New York Post.

“I kept telling her this man is not it. Something was just off about him. He was a pathological liar. They moved really fast, been together about a year, less than that. From what it looked like, it looked like he wasn’t really working.”

The boyfriend of a pregnant nurse practitioner found dead behind a bush near a Queens expressway was arrested.

He was charged with murder for allegedly killing pregnant Vanessa Pierre.

Melissa told the newspaper that car in the video belonged to her sister, not Charles.

Authorities have not provided further details about the circumstances of the murder or commented on a possible motive. CrimeOnline will provide further details when more information is available.