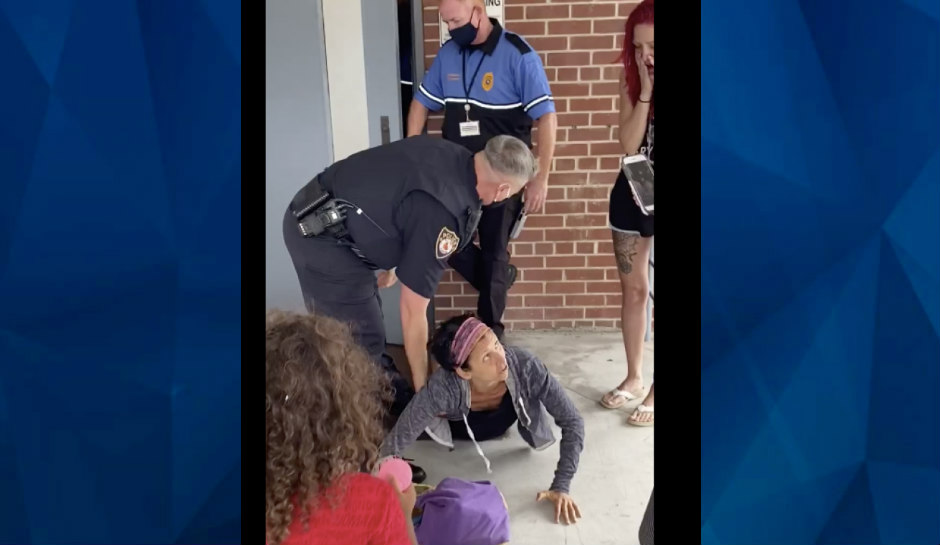 NBC 2 reports that seven mothers were ordered to leave the meeting where they, in part, planned to discuss mask-wearing policies at school. After several board members tried to get the group to put on masks, they contacted police.

Another mother called the people inside “sheep” while being led away.

The Daytona Beach News-Journal reports that the School Board later unanimously approved to require all students, staff members, and visitors to wear masks while on school properties in the county.

Cohen posted part of the encounter on Facebook Live as police led them away from the meeting.

“I’ve never put a mask on my face, and I never will,” Cohen said. “It’s just absolute tyranny.”

BREAKING: the lawless Volusia County School Board is threatening to arrest eight mothers for not wearing a mask on public property—the school board is ignoring the governors order which suspended all penalties associated with COVID. https://t.co/nNEqr3YtBr

None of the women were arrested during the incident but Cohen apparently contacted her lawyer, Anthony Sabatini, who sent out a tweet regarding the “lawless” Volusia County School Board.