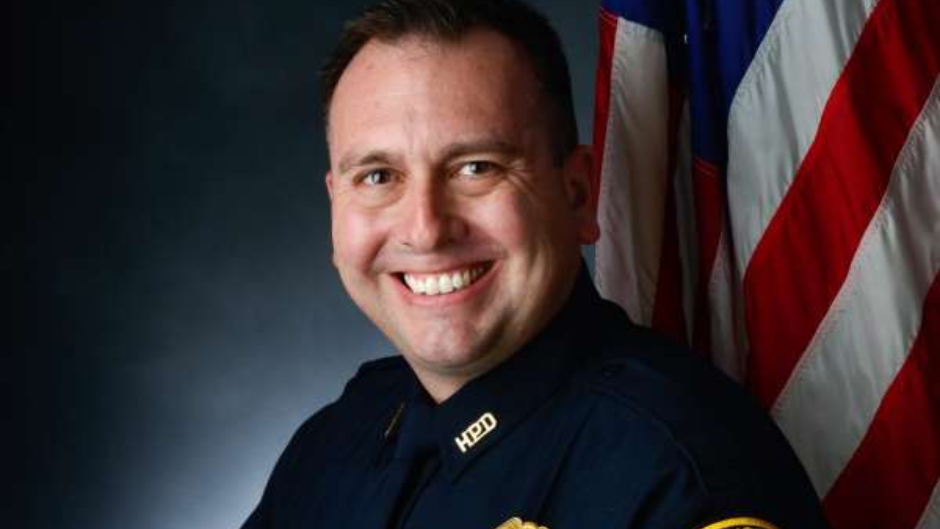 Cop on the way to work is shot dead by suspect with lengthy criminal history: Report

Bond was set at $500,000 for a Texas man accused of fatally shooting an off-duty police officer Monday.

Robert Soliz, 24, allegedly shot and killed Houston police Seargent Sean Rios on Interstate 45 as Rios headed to work. The mortally-wounded officer stumbled into a nearby hotel lobby and died, according to the Houston Chronicle.

Police Chief Art Acevedo said they believe Soliz was aiming at another vehicle prior to the gun battle that killed Rios. Soliz’s sibling told KTRK that Rios was not wearing a uniform or badge, and he did not warn Soliz.

Still photos of the person of interest in the murder of Sgt. Sean Rios. pic.twitter.com/pW5DfQdITM

“(Rios) just walked straight out of the car. Straight to my brother’s car. And my brother starts backing up and says, ‘Hey, stop walking toward me with a gun.’ Gave him a warning. Cop kept walking. My brother shot a warning shot. After that, they went to gunfire for over two minutes,” the family member said.

According to the Chronicle, police believe Rios was killed while intervening in a road rage dispute. However, Soliz’s lawyer asserted that no evidence has proved this theory.

Alleging a conflict of interest, the defense attorney called for an outside law enforcement agency to investigate Rios’ shooting death.

Meanwhile, Houston police said they are looking for a person of interest who reportedly fled the crime scene in a black pickup truck. Surveillance footage apparently shows the unidentified man speaking to Soliz shortly after the fatal shooting.

At the time of Monday’s deadly shooting, Soliz was out on bail for illegally carrying a firearm in a motor vehicle. Reports indicated that Soliz has a lengthy criminal history including multiple drug- and weapon-related convictions.