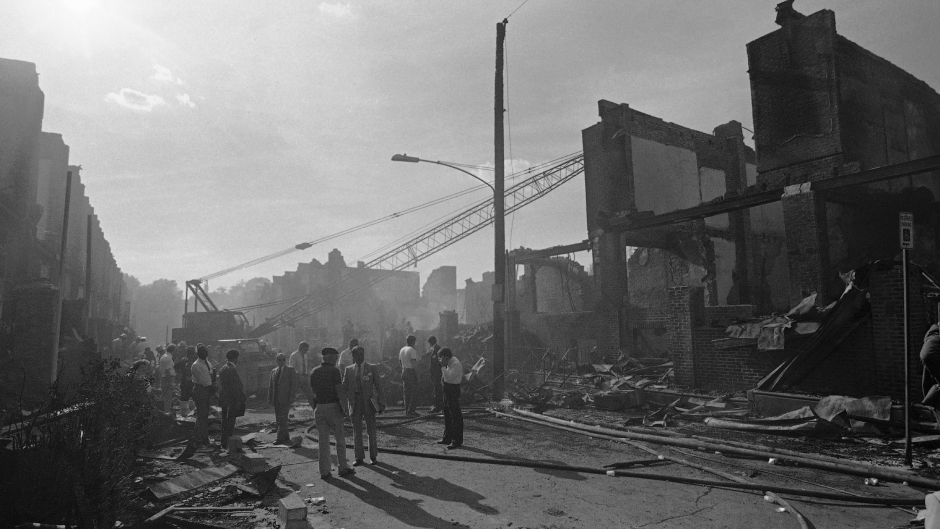 Philadelphia City Council voted Thursday to formally apologize for the 1985 MOVE bombing — which claimed the lives of 11 people, including 5 children.

Following a daylong standoff, the Philadelphia Police Department dropped an explosive device on a residential home acting as the headquarters for MOVE, a Black militant group, as officers attempted to serve eviction notices and arrest members on various criminal charges.

In addition to the 11 people killed in the ensuing fire — including MOVE’s founder John Africa — 61 homes were burned down and hundreds were left homeless, according to The Philadelphia Inquirer.

The Philadelphia Tribune reported that eighteen police officers and firefighters were injured in the 1985 incident.

Here's the full text of the MOVE Bombing resolution. pic.twitter.com/mcgJOfTlyJ

The city council unanimously voted for the measure, which was sponsored by Councilmember Jamie Gauthier. It is the first time the city has apologized for the controversial incident, which many believe is exemplary of Philadelphia police’s contentious relationship with Black residents.

The resolution also makes May 13, the anniversary of the 1985 incident, “an annual day of observation, reflection, and recommitment.”

Then-Mayor W. Wilson Goode, who approved Philadelphia police’s use of the explosive device, recently apologized for his role in the 1985 incident and urged city officials to issue a formal apology, according to The Tribune.

Gauthier introduced the measure days after Walter Wallace Jr.’s shooting death by Philadelphia police. According to reports, two officers fatally shot Wallace, a Black man, as he walked towards them with a gun. Wallace’s family claimed they called for an ambulance, not police, as Wallace was experiencing a mental health crisis.

“This was one of the worst acts that a government has committed against its own people. I think that it’s more than the horrific incident. It’s about the decades and decades of division that have existed between police and community,” Gauthier told the news outlet.

“Everyone should know about it. Every May 13 should be a day of remembrance, recommitment, and reconciliation.”