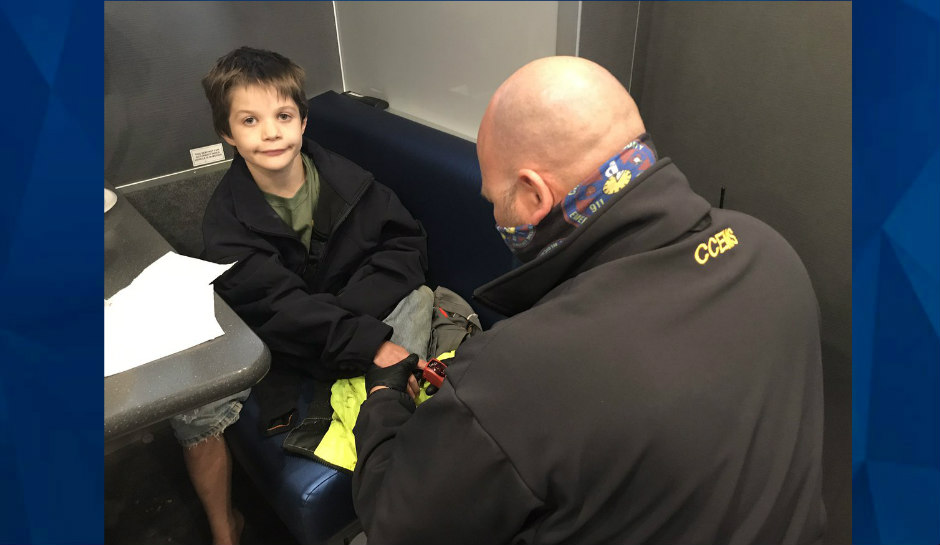 A 9-year-old Tennessee boy who reportedly left his family home on foot has been found safe.

According to the Tennessee Bureau of Investigation, Jordan Gorman was found safe Tuesday afternoon around 3/4 of a mile from his rural Ashland City home. Jordan told authorities that he made himself shelter with a blue tarp he found by a creek.

During Jordan’s disappearance, temperatures dipped into the 30s and 40s. TBI announced that the boy was found “cold and hungry,” but otherwise OK.

Here's a picture of the creekbed where Jordan Gorman was found, approximately 3/4 mile, as the crow flies, from his home.

Jordan said he found that blue tarp and built himself the shelter where rescuers found him this afternoon.#TNAMBERAlert pic.twitter.com/xKhjXMKGpS

As CrimeOnline previously reported, Jordan was last seen at his home on Sunday, off of Valley View Road in Cheatham County, at around noon. The boy’s parents reportedly said he was upset after an argument and ran off.

Jordan’s sister said she last saw him on Sunday standing at the end of the family’s driveway, possibly without shoes on, according to The Tennessean.

During a Tuesday morning press conference before the boy was found, authorities feared that the search would become a “recovery effort,” given each passing day and the cold temperatures.

“We are certainly doing our best to hold on to hope, but with each passing hour, we face a daunting reality that this becomes more and more of a recovery effort than it does a rescue effort,” the TBI’s Josh Devine said.

Jordan’s parents lost a 24-year-old son to a car crash in 2011. Since then, they have been adopting children, including Jordan and four other children. Jordan’s father, Mark Gorman, reportedly told his pastor that he couldn’t take losing another child.

Jordan is currently at the hospital undergoing a medical evaluation. Afterward, he will be reunited with his parents.