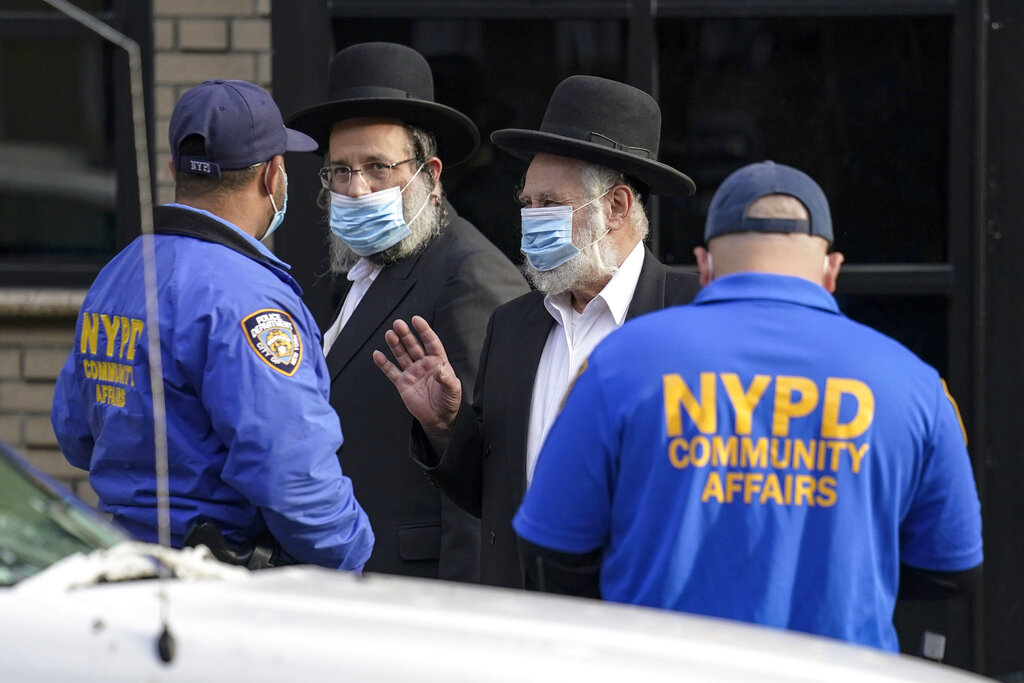 As infection rates are rising again in New York and throughout the U.S., video of a massive wedding celebration appears to show thousands of maskless New Yorkers gathered indoors in Brooklyn earlier this month. And CrimeOnline has received information showing that at least one additional wedding celebration is planned for this Monday night in New York.

The New York Post obtained video footage of a wedding that reportedly took place on Sunday, November 8, at the Yetev Lev D’Satmar temple in Williamsburg, Brooklyn. According to the report, the temple has a capacity of 7,000 people, and the images appeared to show a packed room of maskless guests singing and dancing.

According to the report, the Yiddish newspaper Der Blatt published an article on November 13 about the November 8 wedding, describing the secrecy in planning the event.

“Due to the ongoing situation with government restrictions, preparations were made secretly and discreetly, so as not to draw attention from strangers,” read the November 13 Der Blatt newspaper article, translated by the New York Post.

“In recent weeks, organizers worked tirelessly to arrange everything in the best way possible. All notices about upcoming celebrations were passed along through word of mouth, with no notices in writing, no posters on the synagogue walls, no invitations sent through the mail, nor even a report in any publication, including this very newspaper.”

Asked about the November 8 wedding celebration, which appears to have violated state and city mandates regarding masks and large gatherings, New York Governor Andrew Cuomo said at a news conference on Sunday that “if it happened,” the wedding “was a was a blatant disregard of the law. It’s illegal. It was also disrespectful to the people of New York,” the governor said.

As the New York Post notes, Cuomo also questioned how the wedding, which was held at a temple next to an FDNY station, was kept a secret.

“If 7,000 people went to a wedding, you can figure that out, right? That’s the problem with a ‘secret’ 7,000. It’s hard to keep a secret,” Cuomo said, adding that it was the job of city officials, not the governor’s office, to investigate the allegations.

On Monday morning, CrimeOnline received information about another wedding scheduled for Monday in Monroe, New York. In response to repeated inquiries, a spokesperson from the governor’s office shared a statement on Monday afternoon:

We have served Congregation Yetev Lev D’Satmar of Kiryas Joel, Inc. with a Public Health Law Section 16 Order from the Commissioner directing the Congregation to cancel two large separate wedding ceremonies and receptions for men and women planned for this evening unless they can be held in strict adherence with safe social distancing protocols. In the event that the ceremonies are not canceled, the order requires that social distancing and face covering protocols be enforced.  With respect to the two receptions, it requires that they be limited to 50 people or canceled.

The spokesperson later clarified that the “separate wedding ceremonies” refers to receptions that are segregated by gender, and said the order was issued earlier Monday. The spokesperson did not respond to repeated requests to clarify whether the wedding referenced in the statement was the same event that is reportedly scheduled to take place in Monroe. Congregation Yetev Lev D’Satmar has synagogues in multiple locations in New York.

The governor’s statement also reiterated that “enforcement regarding the Williamsburg event would be a question for New York City officials.”

At his presser today. @NYCMayor did not call on NY Post reporter @ndhapple, who planned to ask how a Hasidic temple in Williamsburg pulled off a super-spreader wedding Nov. 8 without the city stopping it. Or did the mayor get wind of it beforehand?https://t.co/9wrNdqE7Vu

[Feature image: NYPD officers speak with community members briefly outside a synagogue, Monday, Oct. 19, 2020, in the Brooklyn borough of New York. New York health officials issued an order barring a public gathering outside a wedding scheduled to happen in Brooklyn on Monday, claiming it could have become a super-spreader event drawing thousands of people. The synagogue hosting the wedding, Congregation Yetev Lev D’Satmar, said in a statement that it had only planned a brief public reception with social distancing protocols in place. (AP Photo/John Minchillo)]