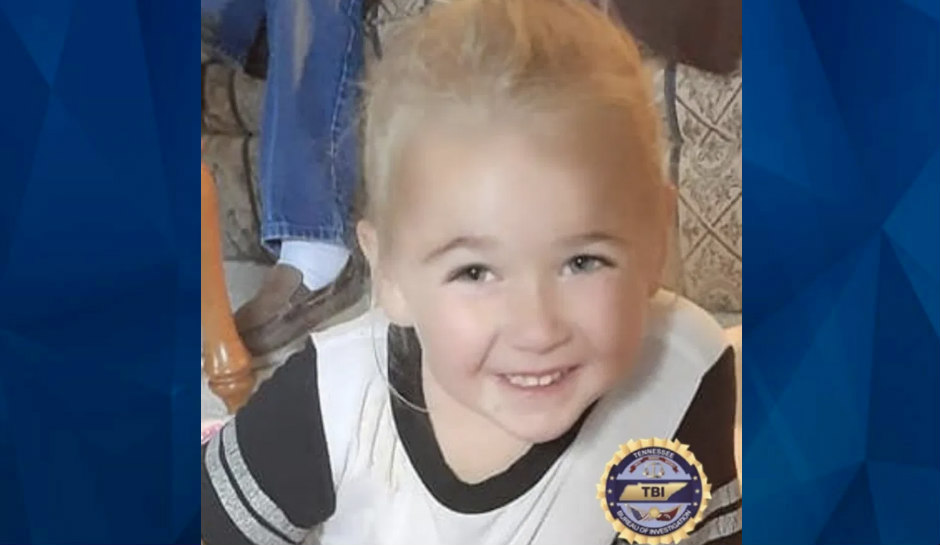 The Tennessee Bureau of Investigations is searching for a young Tennessee girl who disappeared on Thanksgiving Day.

NBC 5 reports that 3-year-old Zella Linklater was last seen on Thursday afternoon in Chuckey, Greene County, off of Bumblebee Lane. According to police, the child’s mother saw her in a car with a non-custodial grandmother, Melinda Wilson, when she disappeared.

Greene County Sheriff Wesley Holt that the grandmother made an abrupt stop while Zella’s mother tried to follow them, then grabbed the child by the hand and disappeared into the woods. Police said the wooded area is extremely remote and they’re concerned about the pair being in the cold weather.

The Greenville Sun reports that prior to Zella’s disappearance, her mother went to Wilson’s house and tried to pick her up, but Wilson refused to hand the child over. That’s when Wilson reportedly left in her car with Zella.

Here are additional photos of Zella. She is 3’6”, 50 lbs. with blonde hair, and blue eyes. She was last seen wearing a red dress and snow boots.

After they were in the woods, Wilson sent a text message to Zella’s mother that stated “they were going for a walk and didn’t want to be bothered.”

Drones, K-9 units, and a TBI airplane with “thermal imaging capability” scoured the wooded area for the pair but didn’t have luck finding them. The  Greeneville-Greene County Rescue Squad helped in the search.

Holt indicated that Wilson had concerns over COVID-19. The child’s mother had recently gotten married and Wilson had been taking care of Zella during her mother’s honeymoon. Holt added that he did not think the grandmother would harm the girl.

Zella was last seen wearing snow boots and a red dress. She stands 3-feet-6-inches tall and weighs around 50 pounds. She has blue eyes and blonde hair.

Anyone with information should contact the Greene County Sheriff’s Department at 423-798-1800 or the Tennessee Bureau of Investigation at 1-800-TBI-FIND.