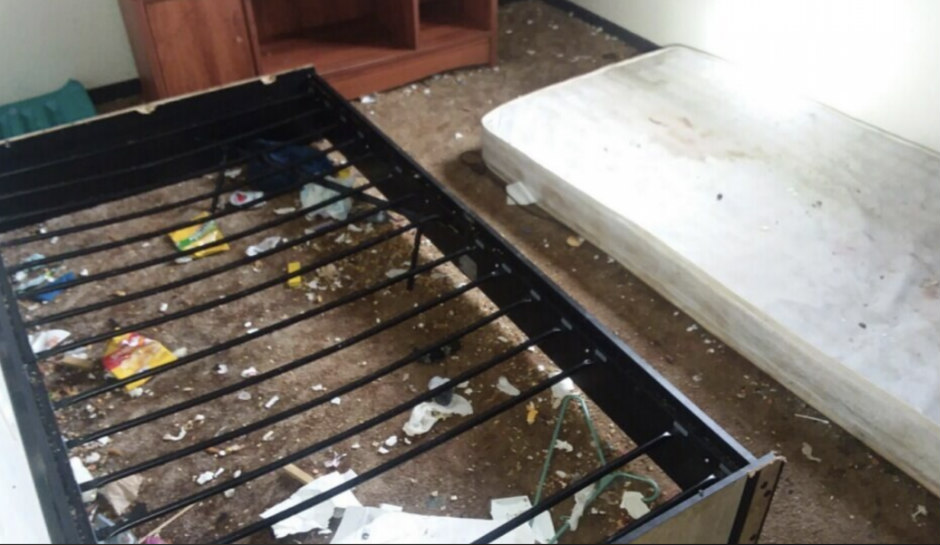 An Ohio mother is behind bars after police say she left her two young sons locked in a filthy second-floor bedroom with an unlocked window.

Local News 12 reports that officers from the Toronto Police Department responded to a home off of Banks Street in Toronto on November 27, after a neighbor saw a toddler boy, naked, dangling out of a second-story window.

The first officer to arrive at the scene, Sergeant Derrick Piatt, reportedly noted that the doors to the home were locked and no one was answering the door. He then contacted the Toronto Fire Department for help. When they arrived, Piatt used a ladder to climb to the boys’ room.

Once inside, the officer observed a filthy bedroom with hundreds of flies swarming around and a urine-soaked mattress. One of the boys stood at the window while the officer climbed in, and the other boy was curled up on the floor, wearing a red shirt. Their ages are two and three, according to police.

“Deplorable conditions,” Piatt said. “It’s probably one of the worst houses I’ve even been in. Several hundred flies were inside.”

EXCLUSIVE VIDEO: The Toronto Police Department shared this body cam video of the moment officers climbed into the window of a Toronto apartment on Friday to save two children who were locked inside. More from police tonight on @WTOV9. pic.twitter.com/RYcgi2EXf7

When Piatt tried to open the bedroom door, he noticed that the lock was on the outside and that the door handles had been shut tight together with an extension cord. Officers eventually cut through the cord.

Police later found the children’s mother, 27-year-old Marcisha Ortiz, and asked why her children were locked up in a filthy bedroom. Ortiz reportedly said she had to go to work that morning and admitted that the boys had not eaten since Thanksgiving, the day prior.

Ortiz reportedly had nothing to say when asked why she left the boys without supervision.

“She didn’t give us any reason. When asked why she just looked at us and stated she didn’t know,” Piatt said.

Ortiz was arrested and charged with endangering the welfare of children and possession of drugs. Her sons are now with Child Protective Services.