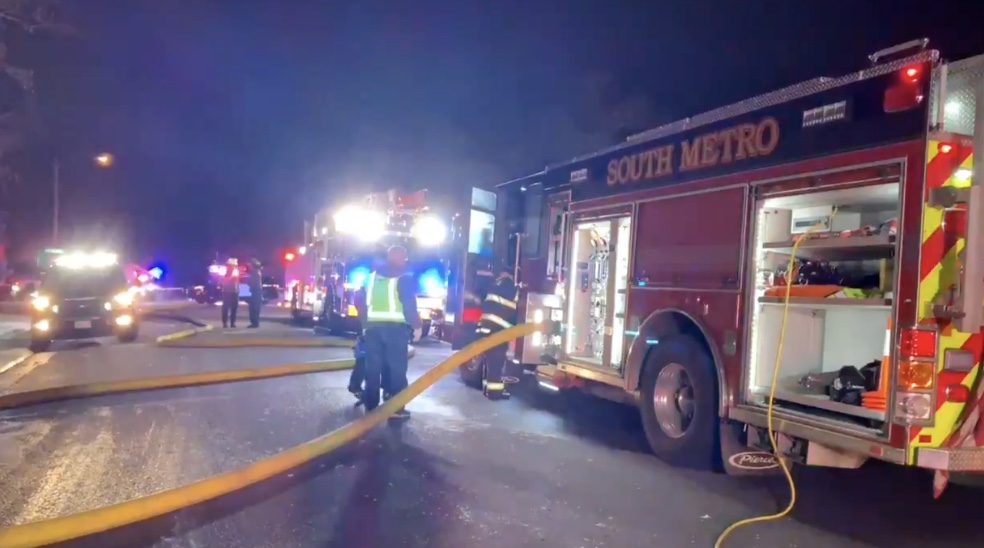 Christy Sinner, 38, has been charged with four counts of attempted first-degree murder, two counts of child abuse, and a single count of first degree arson after the incident in unincorporated Jefferson County.

Investigators did not provide further details about the charges.

Firefighters found the blaze in the basement of the home. The man taken to the hospital needed oxygen and was treated and released.

The fire is under control. Firefighters found one cat inside and gave it oxygen. The cat is reunited with its owner. Crews also found a dog inside. Personnel on scene are working on calming the dog down and also reuniting with its owner. One person was tranposred to the hospital. pic.twitter.com/ICYLx2BzEI

They also found a dog and a cat inside the home. The cat required oxygen, and both animals were returned to their owner.