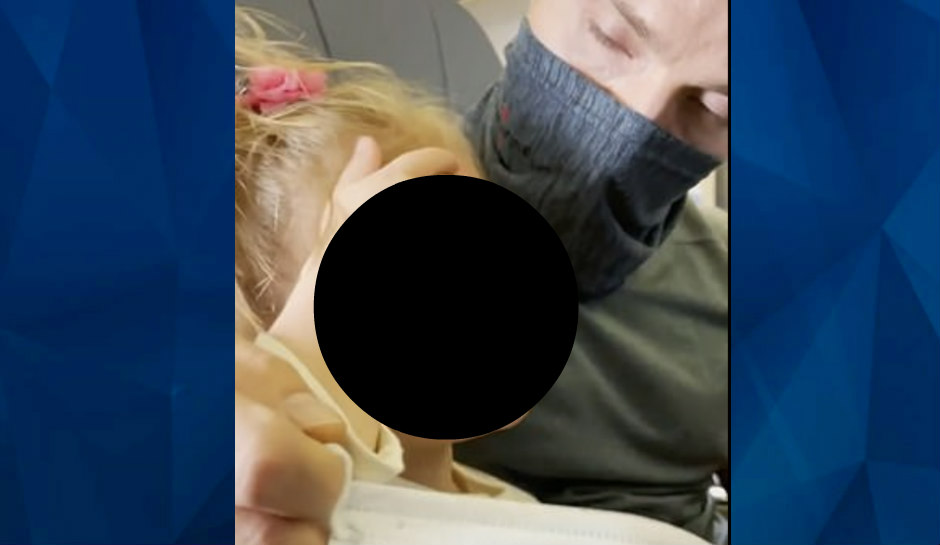 The parents of a 2-year-old child say that they’ve flown on United Airlines numerous, and were even premier members, but it didn’t stop airline staff from kicking them off of a flight after their toddler wouldn’t wear a face mask.

CBS Denver reports that Eliz Fulop Orban recorded the incident as her husband held their child while trying to get her to wear a mask. The little girl refused and her father explained to a flight supervisor that he was holding the mask over his daughter’s face.

Flight agent: “I’m going to have to ask you to grab your belongings and exit the aircraft.”

Orban’s husband: “You gotta be kidding me. Why? We’re over here holding this mask on her face.”

Flight agent: ‘I’m sorry sir. I gave you an opportunity. I’ve got to ask you to get off this plane.”

Orban told Fox News that as soon as they boarded the flight on Friday in Colorado, flight staff immediately asked how old their daughter was. United Airlines apparently has a policy that everyone ages two and older must wear a mask at all times during a flight.

“The next thing was a supervisor coming and saying that we need to leave the plane,” Orban said.

Afterward, the flight supervisor reportedly told the family that their luggage would remain on the flight and could be picked up in Breckenridge, Colorado.

Today we got kicked off of a United flight going from Denver to Newark because our 2yo would not “comply” and keep her mask on. Go see the full IGTV on my Instagram @elizfulop 😷 pic.twitter.com/KXCICsBSMj

“We are premier members with United, so we’ve flown many times, even during the pandemic we’ve flown with our 2-year-old,” Orban told Fox News on Sunday.

“We’ve just flown two months ago because all of our family lives on the East Coast, so this is the only way for them to see their granddaughter. And this time was just extremely different.”

United Airlines issued a statement after the incident, indicating that safety is the airline’s highest priority. The statement also said that despite what the family said, they have not been banned from flying on United.

“The health and safety of our employees and customers is our highest priority, which is why we have a multi-layered set of policies, including mandating that everyone on board 2 and older wears a mask.”

Orban, however, pointed out that according to the World Health Organization, children under five years of age should not wear masks, “based on the safety and overall interest of the child and the capacity to appropriately use a mask with minimal assistance.”

United Airlines is reportedly investigating the incident. The statement from the airline said that United refunded the family’s tickets and returned their belongings.