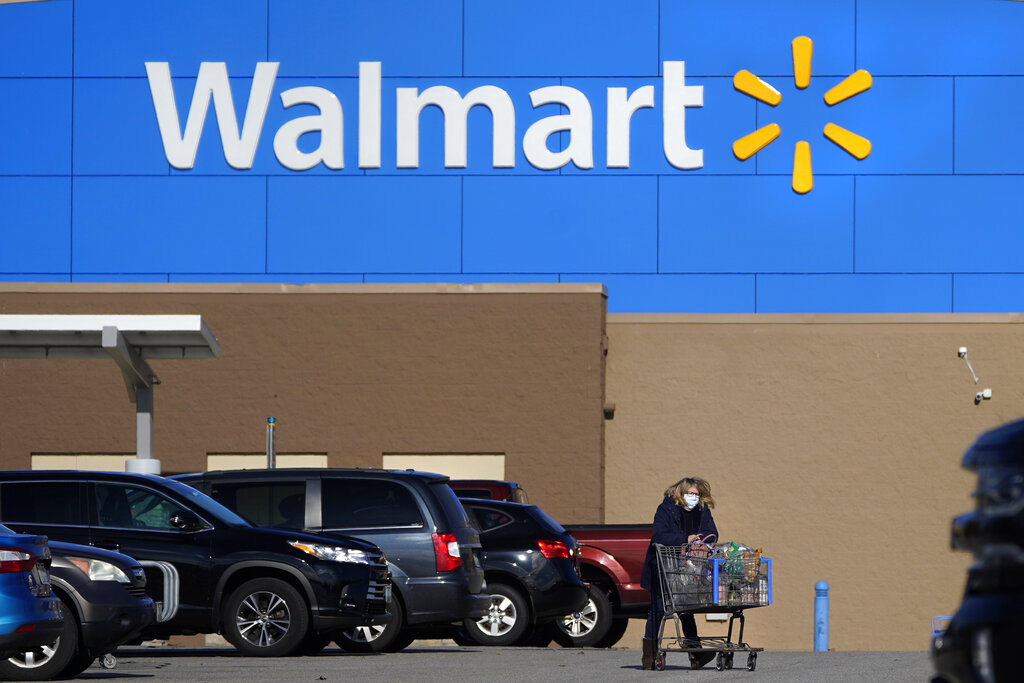 Viral video has surfaced of a raging fight between two women inside a North Carolina Walmart over a PS5 system, Fox News reports.

In the 2:07 clip, a woman with pink pants and braided hair is seen yelling at another woman wearing a black hoodie.

“What the fu*k are you gonna do?” the woman in braids asks.

Numerous fellow customers can be seen standing around the area and some attempt to intervene. A woman wearing a red mask and a man on a motorized scooter try to interject in the dispute, but the woman with braids keeps on shouting, according to the video.

The brawl then erupts into a fistfight in the store’s electronics section. The woman in the hoodie confronts the other woman and the two end up on the floor, with the hoodie-wearing woman repeatedly punching the other customer and stomping on her head.

A man eventually carries the woman in the hoodie away to break up the fight, as the other woman remains on the floor.

“Oh my God,” someone could be heard saying in the video.

Police officers were called to the store but did not arrive before both women left. Neither of the women got the PS5, according to TMZ.

This wasn’t the first incident involving the PS5. In Florida, a woman holding a baby got into a fight with police after the gaming console was sold out, WTVJ-TV reported earlier this week. Three people were arrested.

The PS5 system went on the market a month ago and has been a popular shopping item during the holiday season, with both online and brick-and-mortar stores selling out of the product.