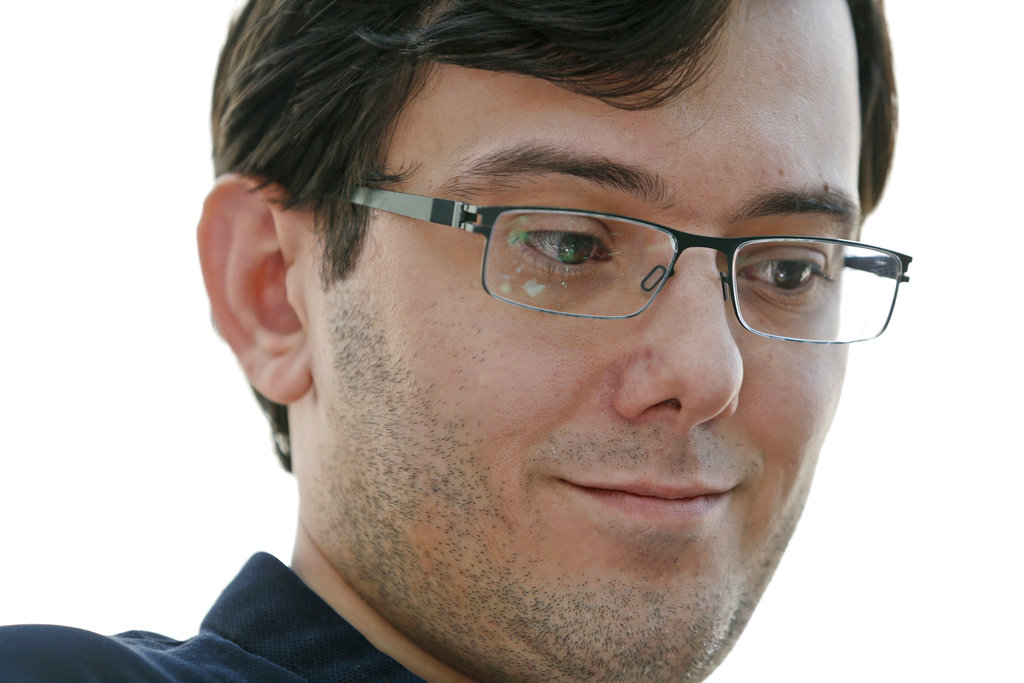 Lovestruck journalist leaves job, husband for jailed ‘Pharma Bro’ Martin Shkreli, who wishes her ‘the best of luck in her future endeavors’

A former Bloomberg journalist has revealed that she became romantically involved with a subject of her reporting, a hedge fund manager and biotech executive who was under federal investigation for securities fraud.

In interviews with Elle magazine, Christie Smythe shared the details of her romance with “Pharma Bro” Martin Shkreli, who is best known for jacking up the price of a potentially lifesaving antiparasitic drug by 5,000 percent. Smythe met Shkreli when she was working as a New York City federal courts reporter for Bloomberg, and received a tip that led to a breaking story about the federal case against him (unrelated to the drug pricing). Smythe’s coverage of the investigation gained more momentum after Shkreli ‘s price-gouging made him a recognized, and hated, national figure.

A month after his arrest, Shkreli contacted Smythe, after having told her that she didn’t know what she was talking about when she first asked him for comment about the federal probe.

“I should’ve listened to you,” he reportedly said, and agreed to be speak to her off the record. According to the Elle report, the journalist-subject relationship quickly shifted to something more personal, with Smythe behaving in a manner more akin to an advocate than reporter. While covering his case, Smythe would post social media comments defending Shkreli, who she insisted was misunderstood.

“You could see his earnestness,” Smythe told Elle. “It just didn’t match this idea of a fraudster.”

Smythe also played up — and seemed to enjoy — her regular access to the notorious provocateur.

“It almost felt like I was a political wife,” Smythe said about an event at Princeton University that she attended at Shkreli’s invitation.

The now 38-year-old woman admits that Shkreli sometimes “toyed” with her, giving interviews to a competing publication when she had hoped for an exclusive. In the Elle interview, she seems to be aware of the possibility that Shkreli was taking advantage of her, as both her husband and her professor at Columbia University, where she had taken on a fellowship, had warned.

“Maybe I was being charmed by a master manipulator,” Smythe told Elle.

Smythe saw her marriage fall apart as she became increasingly focused on Shkreli during his trial, and while she was shopping a book about him. In 2017, he was convicted of two counts of securities fraud and sentenced to 7 years in prison. Smythe’s potential book deal fell apart because she refused to write a critical take, and by 2018, Bloomberg had become aware that her relationship with Shkreli had crossed professional boundaries. Instead of fighting for her job, Smythe offered her resignation. The professional setbacks led to increased tension at home, and Smythe and her husband decided to divorce.

Since Shkreli ‘s incarceration, Smythe had been visiting him in prison, even getting a driver’s license so she could drive to Pennsylvania after he was transferred to a facility there. Eventually Smythe understood that she had romantic feelings for Shkreli, she told Elle, and confessed her love to him during a jail visit. He told her he felt the same way, and the two kept up a romance through letters, calls and visits.

But Shkreli stopped communicating with Smythe once she told him about the magazine story.
When the Elle reporter contacted Shkreli with an interview request, he responded with a statement: “Mr. Shkreli wishes Ms. Smythe the best of luck in her future endeavors.”

“That’s him saying, You’re going to live your life and we’re just gonna not be together,” Smythe reportedly said, appearing to become emotional.

“That I’m going to maybe get my book and that our paths will … will fork.”

Read the full Elle story, “The Journalist and the Pharma Bro.”