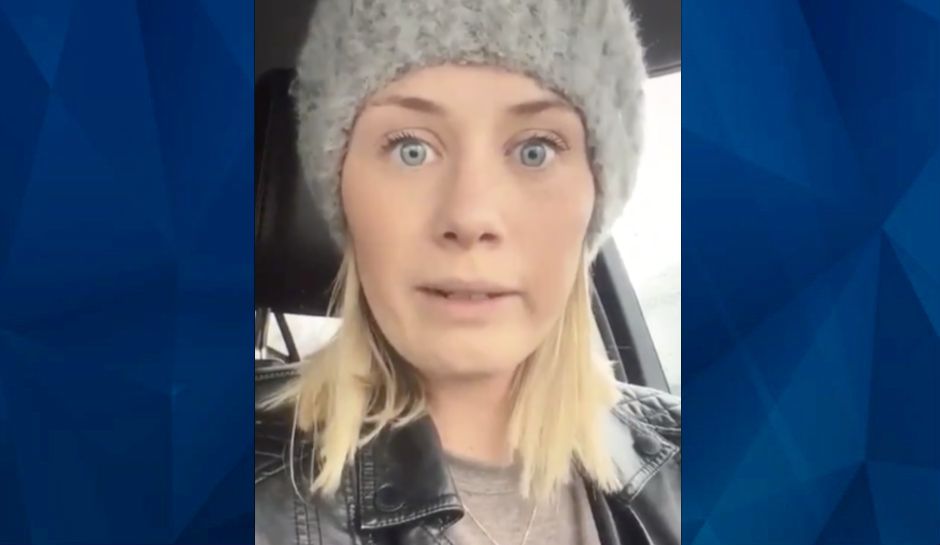 An aspiring California social media influencer who garnered over 4 million views on her Instagram “kidnapping video,” is now the centerpiece of an investigation.

SFGate reports that in a now-deleted Instagram video, Katie Sorensen, who goes by “motherhoodessentials” on social media, reportedly claimed that a Latino couple tried to abduct her two young children on December 4, at a Michaels arts and crafts store in Petaluma.

“My children were the target of attempted kidnap,” Sorensen said on the video. “Which is such a weird thing to even vocalize, but it happened and I want to share that story with you.”

According to Sorensen, the couple, who she described as unkempt, started following her while talking to someone on the phone about her children’s features. Sorensen claimed the couple didn’t buy anything in the store and took “two steps forward, two steps back” before trying to grab her stroller as she walked to her car.

Katie Sorensen says strangers tried to kidnap her kids outside the Petaluma @MichaelsStores after following them around inside. Her @instagram video (partial here) has hit 2M views. @petaluma_police investigating. She & @PollyDad speak out to @KTVU 5:15, 6:15, 7:30 p.m. pic.twitter.com/cG0wnm2JgQ

Sorensen contacted authorities after the incident and said that after she screamed for help, the couple fled in a car. Seconds later, according to Sorensen, someone in a white van jumped out “as if to help her,” but got back into the van and fled as well.

The Petaluma police said so far, there is no evidence to back up Sorensen’s claims.

Last week, authorities cleared the couple, identified as Sadie and Eddie Martinez, of any wrongdoing. Further, security footage showed the couple buying products at the store, despite Sorensen’s claim that they didn’t.

On Friday, Sadie Martinez decided to fight back, The Press Democrat reports. At a press conference held at the same Michaels store that the alleged incident took place, Martinez accused Sorensen of racism.

“I don’t know if anyone’s been paying attention the last four years, but there’s been a lot of racism going on and, well, Katie’s following suit. Am I shocked? No. But will we stand for it? Hell no. So today, I stand in front of everybody in a fight to prosecute Katie.”

Martinez said she was at the store with her husband picking up a nativity scene for Christmas on the day in question.

Sonoma News reports that the Martinez couple are parents to five children. Eddie Martinez is a UPS driver and Sadie Martinez, a part-time bookkeeper, is an actively-involved parent who enjoys arts and crafts.

One of their children spotted the Martinez couple on a photo released by police, asking people to come forward and identify the couple.

“My kid came to me and showed me the picture, and said, ‘Mom this looks like you’,” Sadie Martinez said.

“I feel uncomfortable going back to that store now. One of my kids wanted to go there to buy stuff to make hot chocolate balls and I just don’t feel comfortable. I feel like I have a target on my back, now that our image is out on the internet. Who’s to say some crazy person is not gonna come for us?”

“Do you really think it’s OK to go online & be racist & make stories about a family?” Sadie Martinez, mom of 5, speaks out after @petaluma_police confirm she & her husband did not try to kidnap Katie Sorensen’s kids outside @MichaelsStores, as she had alleged in viral videos pic.twitter.com/xXfvG7LXbU

Following Martinez’s statements, Chief Ken Savano released a statement that authorities “launched an investigation into whether this incident was potentially falsely reported.”

“Hate crimes of any type will not be tolerated and will be pursued aggressively,” Savano said, although he didn’t address the comment specifically in connection with Sorensen.