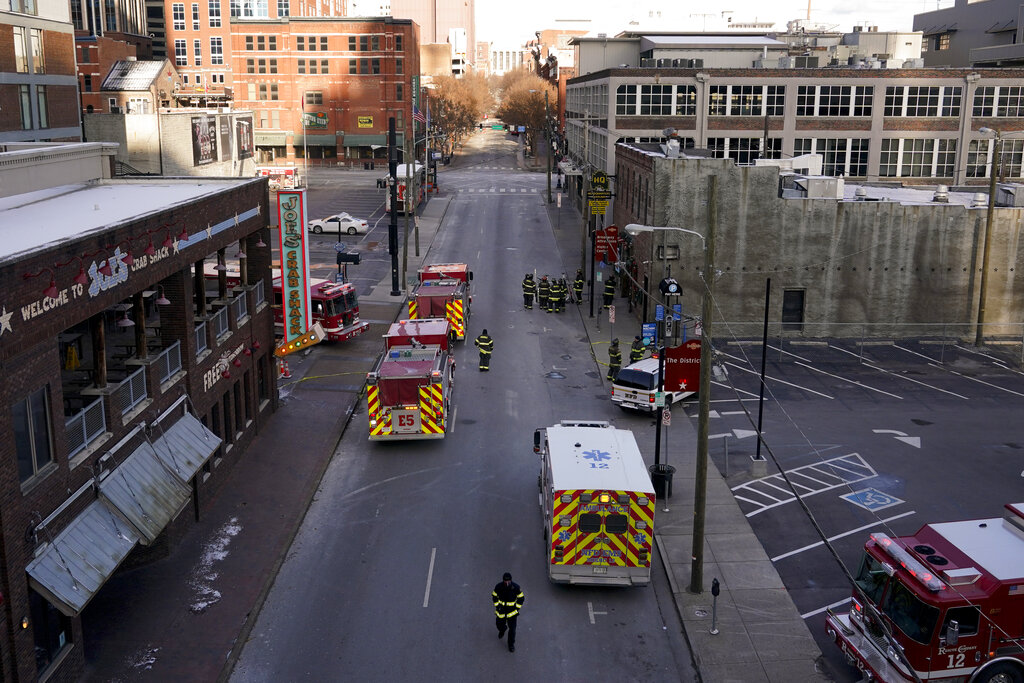 Authorities are responding to an explosion in downtown Nashville Christmas morning linked to a vehicle.

As News 4 Nashville reports, Nashville Metro Police responded to a vehicle explosion at about 6:30 a.m. Friday. A CNN reports indicates that police may have been en route to the report of a suspicious vehicle when it exploded.

Footage shows smoke rising after a parked recreational vehicle exploded in downtown Nashville in what police believe was an "intentional act."

According to News 4 Nashville, three people have been hospitalized with non-life-threatening injuries. Several downtown buildings were damaged. The vehicle that exploded is believed to be an RV.

Multiple agencies are investigating the suspicious explosion, and police are cautioning residents to avoid the downtown area.