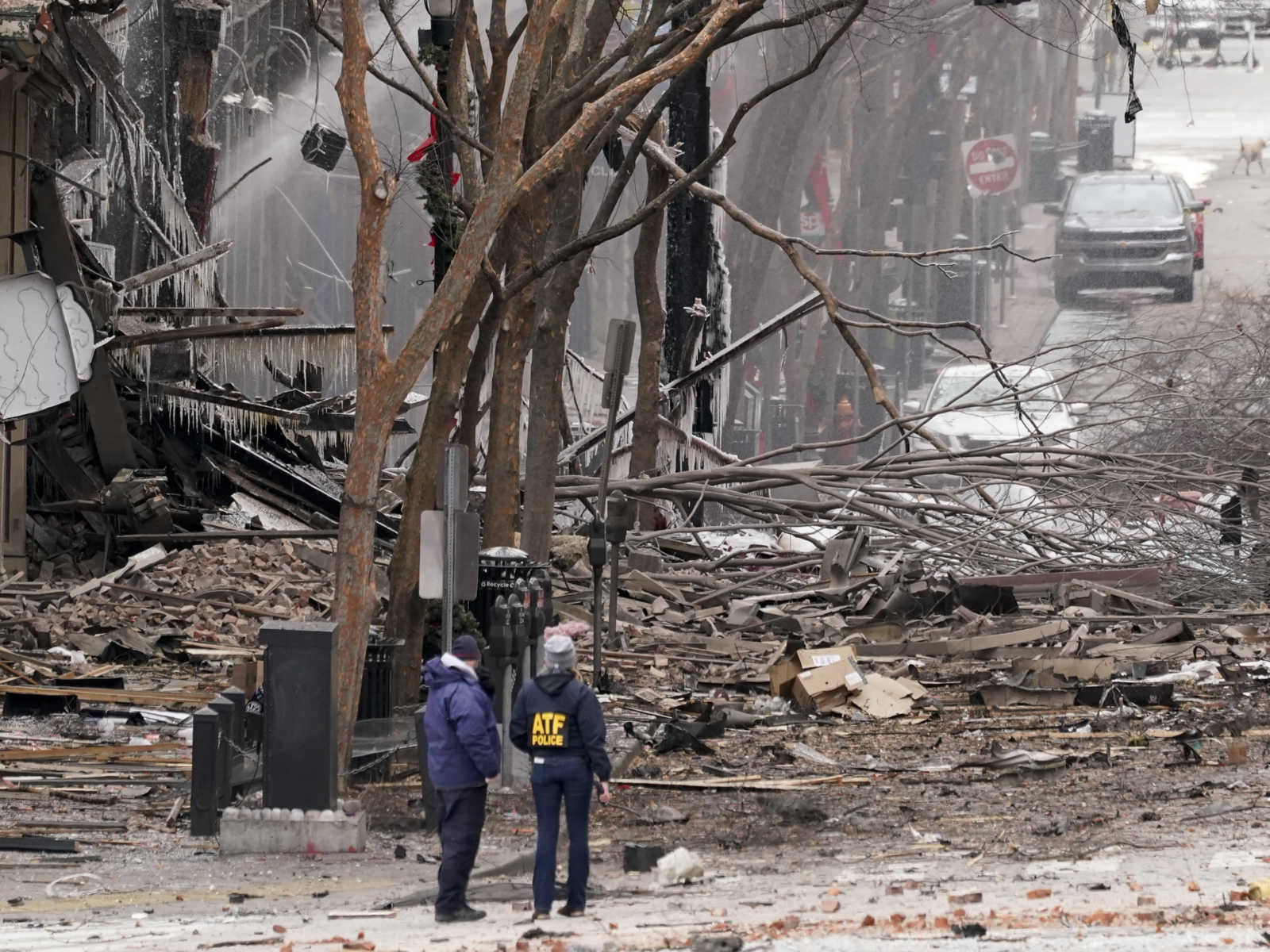 Six police officers are being hailed as heroes for risking their lives and helping evacuate the downtown Nashville neighborhood where a bomb exploded Christmas morning, CNN reports.

Investigators believe the bomb was inside a recreational vehicle that had been playing a recorded warning of an impending explosion, as CrimeOnline previously reported.

Around 5:30 a.m. Friday, police responded to a report of shots fired in the area, Metro Nashville Police Chief John Drake said during a press conference on Friday.

“Officers immediately began knocking on doors and evacuating residents here, not knowing if the bomb was going to detonate immediately or if it was going to go off in the time that it was stated,” Drake told reporters during the press conference.

The officers “took swift action and directed people away from danger to save lives, even at the time that their own lives would have been imperiled,” Nashville Mayor John Cooper told reporters.

“They are heroes,” Cooper said during the press conference. “And I am grateful for them and all of Nashville’s first responders.”

The Metropolitan Nashville Police Department identified each of the officers and how long they have worked for the department:

One officer was knocked down and another experienced hearing loss, but no officers were seriously injured, according to CNN.

Three people were injured from the blast and subsequently hospitalized, but they are in stable condition, WTVF-TV reports.

Cooper described the explosion during the press conference as a “deliberate bomb.”

A computerized-sounding female voice emanating from the RV counted down from 15 minutes and warned those nearby, stating “this vehicle will explode” and “this area must be evacuated now,” according to CNN.

The six police officers praised by officials helped residents in downtown Nashville evacuate the area before the RV exploded around 6:30 a.m.

The aftermath looked like something out of a war zone, with shattered windows, flaming debris, and charred buildings throughout the blast site. At least 41 businesses were damaged by the explosion, Cooper told journalists at the news conference Friday.

Investigators have discovered what may be human remains, but as of Saturday morning, no fatalities had been confirmed, according to USA TODAY. Law enforcement sources told CBS News it was not yet clear whether the remains were from someone responsible for the explosion or a victim.

Authorities have released a photo of the RV involved in the explosion. The vehicle arrived on 2nd Avenue at 1:22 a.m. Friday, according to the Metropolitan Nashville Police Department.

To report information about the RV or the bombing, call Crime Stoppers at 615-742-7463 or report the tip online at http://fbi.gov/nashville. The Nashville Convention & Visitors Corporation (NCVC) is offering a $25,500 reward for information that leads to the perpetrators, according to WTVF-TV.