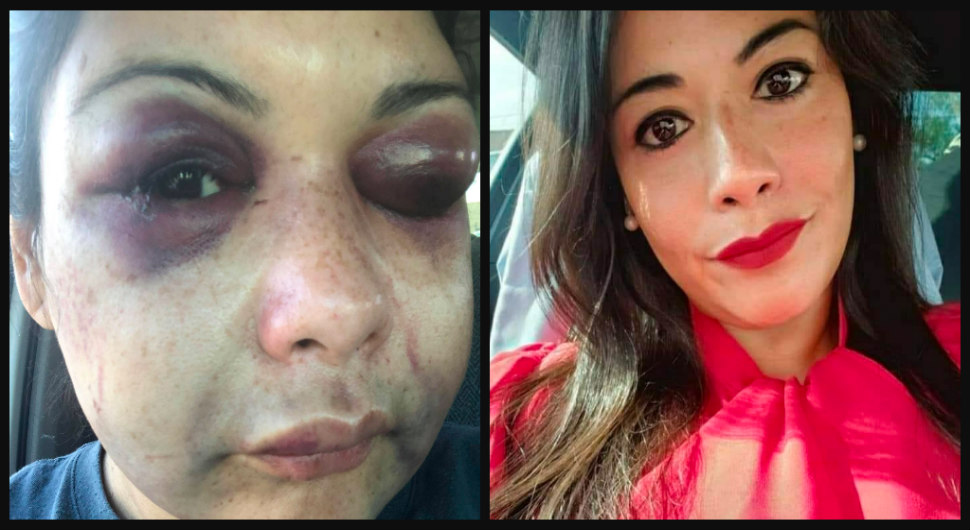 NBC Local 23 reports that the incident happened at the Texas Inn hotel off of Frontage Road in Raymondville. According to police, a woman in a “black bra” lured Vanessa Tijerina by telling her she had to talk to her about “something very important regarding her safety.”

“They made it seem like they had something really, really important to tell me and they couldn’t tell me on the phone,” Tijerina said during a Facebook Live video.

The woman in the black bra has been identified as Amanda Salinas, according to Tijerina. Two additional suspects have been identified as Ariel Vera and Raymond Santana. The trio are accused of beating Tijerina, who said they “stomped on” her head and left her damaged teeth and a badly beaten face.

Tijerina told investigators that she overheard someone on the phone giving orders to the three suspects to torture her during the attack, according to her Facebook Live video.

“The one person that’s absolutely missing from this is the person who was giving the orders for the torture. That person still has not be found or identified yet,” Tijerina said.

So far, authorities have not provided a motive for the incident.

12.24.2020 I was violently terrorized, bound, gagged & tortured. 3 have been arrested. This was purely a hate crime. The person ordering the torture on a live stream is still unidentified. Please call 9566892441 for any information.
Thank y'all #VanessaTijerina #JusticeForV pic.twitter.com/QvDGGQejje