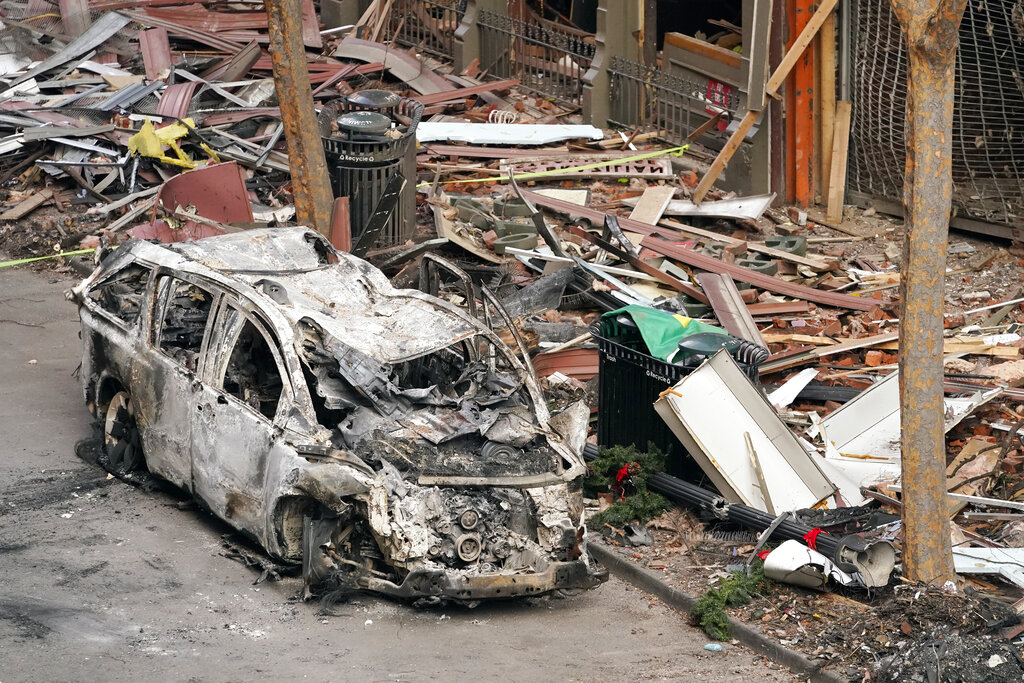 Anthony Quinn Warner’s girlfriend told police in 2019 that he was building bombs in an RV. Warner died on Christmas Day after setting off a car bomb in downtown Nashville

The girlfriend of the Nashville Christmas bombing suspect was sent for a psychological evaluation after she reported concerns about Anthony Quinn Warner, who she said was building bombs in his RV over a year before he died in an aparrent suicide bombing early Friday morning.

As CrimeOnline previously reported, the unidentified woman spoke to police in August 2019, alleging that Warner was building explosives. Metro Nashville police documents obtained by the Tennessean show that police went to her home, about a mile-and-a-half from Warner’s home in Antioch, on August 21, 2019, and spoke to her there, with a lawyer present.

According to the report, the 64-year-old woman said Warner “was building bombs in the RV trailer at his residence.” She had also contacted attorney Ray Throckmorton III, who had previously represented Warner, on multiple occasions that year, claiming that Warner was stalking her and that she was afraid he was going to poison her.

During the police visit, Throckmorton reportedly corroborated the woman’s concerns about Warner’s alleged bomb-making, telling officers that Warner was capable of building explosives and spoke frequently of making bombs. But in recent interviews with the Tennessean, the attorney appear to shed some doubt on the claims Warner’s girlfriend made.

“She believed that Tony was spying on her, believed that he was breaking into her house at night while she was asleep,” Throckmorton told the news outlet. “She believed all kinds of things. We had no way to know whether or not that was true.”

The attorney told the Tennessean that Warner had never mentioned making bombs to him directly.

Throckmorton also said that on the day of the police report, he was worried for Warner’s girlfriend’s safety and called 911 because he was worried she might harm herself.

As CrimeOnline previously reported, responding officers found the woman on the porch with two unloaded guns nearby. She told police the weapons belonged to Warner, and that she did not want them in her home.

MNPD spokesman Don Aaron confirmed to the Tennessean that officers arranged for the woman to have a psychological evaluation on the day of her police report, and that she agreed to be seen by a mental health crisis expert.

The officers then went to Warner’s residence, but he did not answer the door. Police observed an RV on his property, but did not access it as it was behind a fence.

“They saw no evidence of a crime and had no authority to enter his home or fenced property,” Aaron told the Tennessean.

MPND contacted the FBI about the bomb-making allegations, and the agency responded by saying they did not have any previous records on Warner.

Over the holiday weekend, the Tennessee Bureau of Investigation said that Warner had not been on their radar prior to Friday’s explosion.

On Wednesday, Metro Nashville Police Chief John Drake told the Tennessean that he had become aware of the August 2019 police report late Sunday, and had intended to look closely at the report before releasing it to the public.

The chief said at a press conference Wednesday afternoon that police did not have sufficient evidence to search Warner’s property and had been unable to make contact with him at the time of the 2019 allegations.

“At no time was there evidence or reasonable suspicion a crime was being committed,” Drake said.

“I believe officers did everything they could legally,” he said. “Maybe we could’ve followed up more. Hindsight is 20/20.”

As a reporter for the Tennessean who attended the press conference said on Twitter, Drake said he was unsure why TBI had said Warner was not on their radar. TBI has not yet commented on the police report.