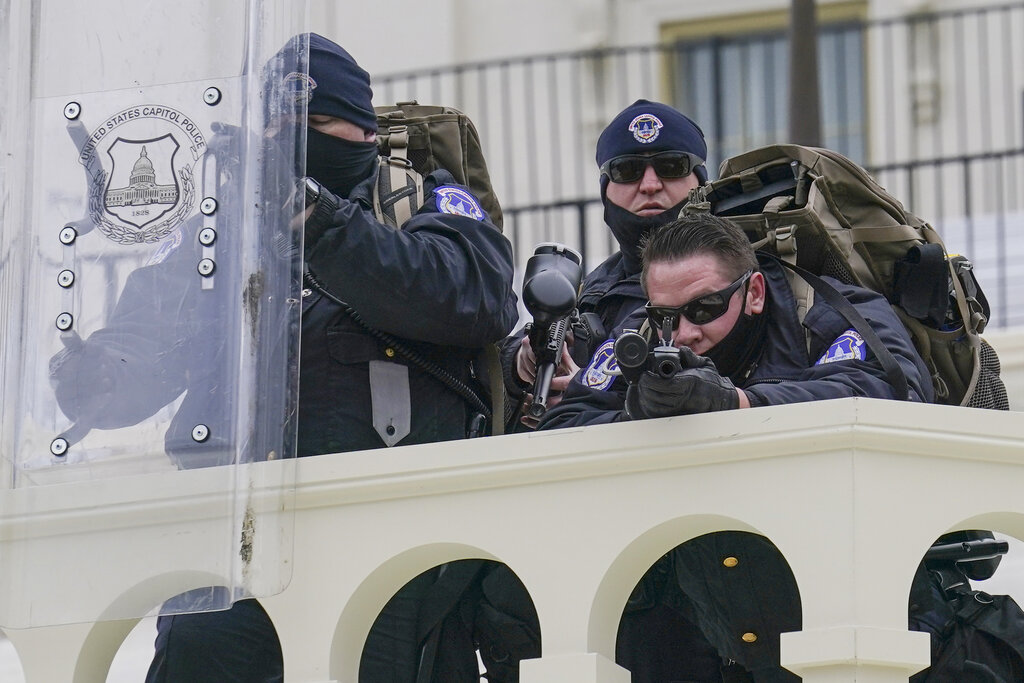 A breach of the U.S. Capitol Building on the day Congress was set to certify the results of the general election may have turned violent with multiple reports of shots being fired and at least one serious injury.

A person who is described in their Twitter bio as an independent journalist posted videos of what appears to be a female victim of a shooting inside the building. Another video appears to show her being put into an ambulance. The videos, which can be found at this link, are extremely graphic, and there is no official confirmation of their veracity at this time.

The House floor has been evacuated, and the mayor of Washington D.C. has ordered a curfew to begin at a 6 p.m. through Thursday morning.

[Feature image: Police keep a watch on demonstrators who tried to break through a police barrier, Wednesday, Jan. 6, 2021, at the Capitol in Washington. As Congress prepares to affirm President-elect Joe Biden’s victory, thousands of people have gathered to show their support for President Donald Trump and his claims of election fraud.(AP Photo/John Minchillo)]