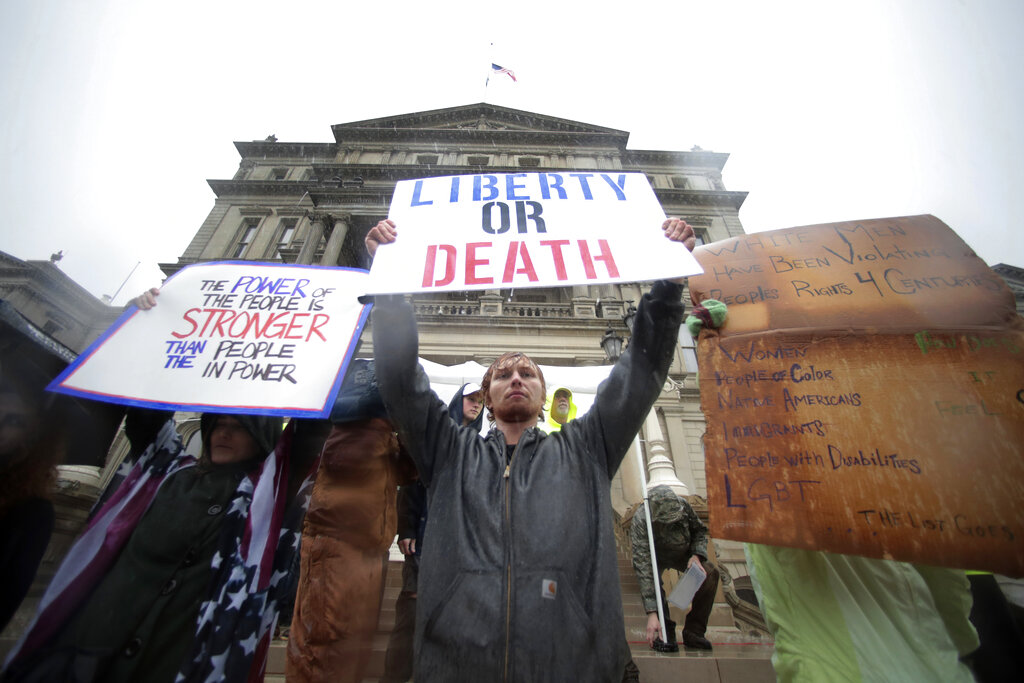 Four people are dead after a mob of Trump supporters breached the U.S. Capitol building in Washington, D.C. on Wednesday, as Congress was meeting to confirm the results of the Presidential election. Dozens of police officers were injured as they attempted to control the angry crowd.

As CrimeOnline previously reported, Ashli Babbitt, 35, was killed in an officer-involved shooting. A witness said in an appearance on CNN’s “Anderson Cooper 360” that Babbitt was shot as she tried to climb through a window at the Capitol building. Multiple reports indicate that area was restricted or blocked off, even as the rioters appeared to move freely through other areas of the building.

Babbit was a Maryland resident, a U.S. Air Force veteran, and an avid Trump supporter, according to NBC News.

Three additional people died in what Metro Police Chief Contee described in a news conference as “separate medical emergencies.” D.C. Mayor Muriel Bowser and Contee also announced that 56 police officers had been injured. One officers was “snatched into a crowd,” where he was repeated tased and beaten, Contee said.

As CNN reports, the deceased have been identified as Rosanne Boyland, 34, from Kennesaw Georgia; 55-year-old Kevin Greeson, of Athens, Alabama;  and 50-year-old Benjamin Phillips, of Ringtown, Pennsylvania.

According to Fox 40 News, Greeson’s family said that he died of a heart attack.

A family member told an 11 Alive reporter that Boyland, the youngest of the four who died, was a “really happy, wonderful person.” The news station has not provided any further details about Boyland’s cause of death but is expected to air a segment Thursday evening.

This is 34-year-old Rosanne Boyland of Kennesaw. She’s one of the four people who died yesterday at the U.S. Capitol. Her sisters say she was a “really happy, wonderful person” #11Alive https://t.co/9TNuVBMKeN pic.twitter.com/i5maD2ceFY

According to the Philadelphia Inquirer, fellow protesters said that Phillips died of a stroke. The report indicates that Phillips spoke to the newspaper prior to his death. He reportedly drove behind a bus filled with protesters, in a separate vehicle, to Washington D.C., believing that the election had been stolen from Donald Trump.

“It seems like the first day of the rest of our lives, to be honest,” Phillips said, according to the newspaper. “They should name this year Zero because something will happen.”

Gordy Smith, one of those protesters who had traveled with Phillips, told the newspaper that the group did not know until they were leaving the area that Phillips had died, as he had separated from the group earlier that day when he went to find a place to park. The rest of the group did not see him for the rest of the day, and attempted to reach him by phone multiple times when they were getting ready to leave.

Eventually, Metropolitan police returned the call, apparently from Phillips’ phone, and said Phillips had suffered a stroke and was pronounced dead at George Washington University Hospital.

“Everyone was shocked,” Smith told the newspaper. “It was a very somber drive home.”