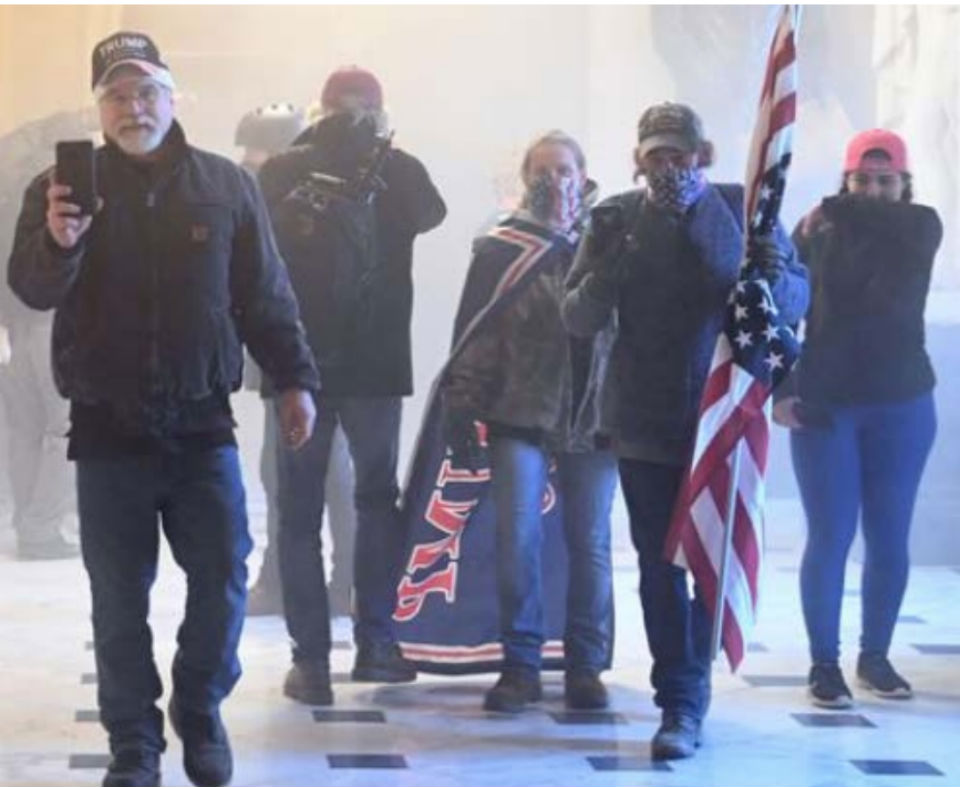 After issuing an earlier denial, the U.S. Capitol Police released a statement late Thursday night confirming a police officer had died following injuries he sustained while engaging with protesters at the U.S. Capitol Wednesday. The officer has been identified as Brian Sicnick, 42. His death is being investigated as a homicide.

“Media reports regarding the death of a United States Capitol Police (USCP) officer are not accurate,” Capitol Police said in the statement Thursday evening.  “Although some officers were injured and hospitalized yesterday, no USCP officers have passed away.”

Statement from US Capitol Police: “Media reports regarding the death of a United States Capitol Police (USCP) officer are not accurate.  Although some officers were injured and hospitalized yesterday, no USCP officers have passed away.” pic.twitter.com/xt4OiRz5aS

Authorities in Washington D.C. have released photos of dozens of Trump supporters who stormed the U.S. Capitol building Wednesday, in an attempt to identify what police say are persons of interest.

Washington D.C.’s Metropolitan Police Department shared a number of photos in a PowerPoint document on the department website, showing a chaotic scene at the Capitol building on the day Congress met to confirm the results of the November election. The website describes the people in the photos as persons of interest, suspected of Unlawful Entry.

All of the photos can be found on the Metro Police website.

The police department is offering a reward of up to $1,000 for information that leads to the arrest of any suspects. Anyone with information or who can identify any individuals seen in the photos is urged to call Metropolitan Police at 202-727-9099

Police have made dozens of arrests in connection to the uprising, which appears to have directly contributed to at least two deaths.

On Thursday, CNN reported that the unidentified officer “died from events stemming from Wednesday’s riot,” but Capitol Police later issued a statement saying that reports of an officer death were inaccurate.

A woman died in an officer-involved shooting after she reportedly tried to climb through a window in the Capitol building on Wednesday. Three others died of what police said were “medical emergencies,” including a 34-year-old Georgia woman.