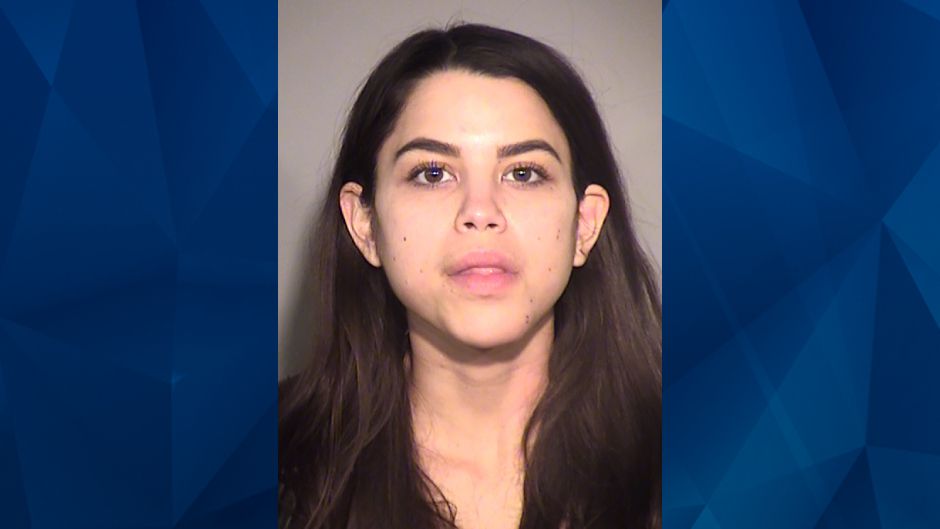 The woman who was filmed last month assaulting a jazz trumpeter’s 14-year-old son at a New York hotel was arrested Thursday in her home state of California, according to reports.

Ventura County police confirmed Miya Ponsetto’s arrest to CBS. Detectives with the New York Police Department reportedly flew to California Thursday with a warrant for her arrest, though it is unclear what charges she is facing.

Law enforcement sources told TMZ that Ponsetto, 22, refused to pull over for three blocks. Once in her driveway, officers forcefully removed her from her car. She allegedly attempted to slam her door on a deputy’s leg while she was resisting arrest.

The 22-year-old woman caught on camera allegedly physically attacking a 14-year-old Black teen and falsely accusing him of stealing her phone was arrested in California.

In an exclusive interview, Miya Ponsetto and her lawyer spoke with @GayleKing hours before she was arrested. pic.twitter.com/ezaGkcWZ8j

On December 26, Ponsetto was filmed tackling Keyon Harrold’s 14-year-old son and accusing him of stealing her iPhone in the lobby of the Arlo hotel. Surveillance footage showed her trying to snatch the teen’s phone from him and preventing the father and son from leaving the lobby.

Ponsetto was reportedly visiting her father for Christmas at the time of the incident. She was not a guest at the hotel but was planning to check in, her lawyer reportedly said.

Ponsetto’s arrest came hours after her interview with Gayle King aired on “CBS This Morning.” The interview was reportedly conducted on Thursday, the same day she was taken into custody.

Harrold has accused Ponsetto of racial profiling. Speaking with King, Ponsetto claimed Harrold threw her to the floor and pulled her hair.

“How would you feel if you were alone in New York and you’re going to spend time with your family during the holidays and you lose the one thing that gets stolen from you that has all the access, the only way that you’re able to get back home?” Ponsetto asked.

However, Ponsetto admitted to King that she did not question everyone in the lobby about her phone’s whereabouts. Her lawyer, Sharon Ghatan, previously told NBC that her client had left her phone in an Uber and the driver returned it minutes after the reported assault.

Ponsetto was charged with public intoxication and battery for a February 28 incident at a Beverly Hills hotel. Ghatan said a court hearing in that case is scheduled for later this month.

NBC reported that Ponsetto was also arrested on May 28 for driving under the influence in Van Nuys, California.

Ponsetto remains jailed without bail as she awaits extradition to New York. Sources told TMZ that she will likely be charged with resisting arrest in connection with Thursday’s incident.