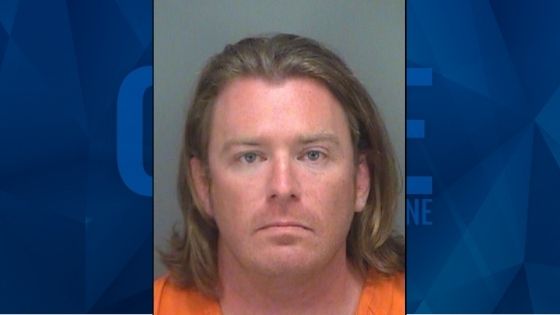 Police have arrested a looting suspect who appeared a viral photo carrying a lectern believed to be taken from Nancy Pelosi’s death.

According to ABC News, federal marshals arrested Adam Johnson, 36, of Parrish, Florida, was taken into custody in Florida on Friday. Authorities reportedly believe he is the same man seen in a photo taken Wednesday at the U.S. Capitol by Win Mcnamee, in which the suspect is carrying a lectern allegedly stolen from House Speaker Nancy Pelosi’s office, where other rioters posed for photos.

According to the ABC News report, Johnson’s social media pages showed photos believed to be taken inside the Capitol building Wednesday, but the pages have seen been removed or deleted.

As the New York Times notes, Johnson is seen in the photo with facial hair and a knit cap with the name “Trump” on it. In his mugshot, he appears clean shaven.

Jail booking records obtained by the news outlets do not specify any charges, but show that Johnson was arrested on a federal warrant.