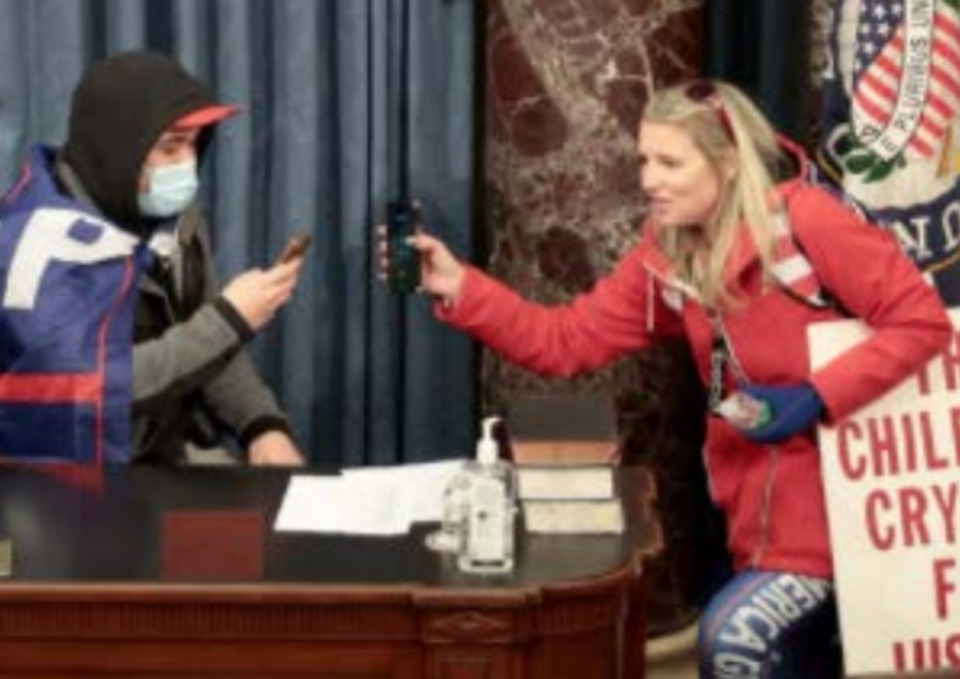 The FBI has raided the home of a school therapist who recently quit her job, reportedly suspecting her of participating in last week’s mob riot at the U.S. Capitol.

Spectrum News reports that FBI agents went to the Cleveland home of 49-year-old Christine Priola on Friday, following allegations that Priola was among the Trump supporters who stormed the U.S. Capitol building on January 6 as Congress assemble for a vote to confirm the results of the U.S. Presidential election.

According to the report, Priola is believed to be a woman in a widely-circulated photo taken on the house floor as the protesters were rioting inside the Capitol building Wednesday. Authorities have not confirmed that she is the woman in the photo, which is among a slew of images shared by the Washington D.C. Metro Police Department in an effort to identify suspects accused of unlawful entry to the Capitol.

“We do have law enforcement activity at her residence – at this time no one is being taken into custody,” Anderson said.

Police arrived at Christine Priola’s house around 10pm. We will have a live report on @wkyc @ 11. Waiting on charges. We found no criminal record. #HappeningNow pic.twitter.com/j1znrDR4vj

As of Wednesday, it does not appear that Priola has been charged with any crimes.

Priola reportedly submitted her resignation sometime last week, according to records obtained by Spectrum News. The Cleveland Metropolitan School District released Priola’s personnel file at the request of the news station. The file included her resignation letter, which said she could not continue at her position due to personal beliefs, including her objections to taking the coronavirus vaccine. She also said that she no longer wanted to pay union dues, claiming that the money funded groups and individuals who support abortion.

The occupational therapist said that she intended to focus on exposing what she claimed was widespread child trafficking and pedophilia.

Priola has not responded to requests for comment from multiple news outlets.