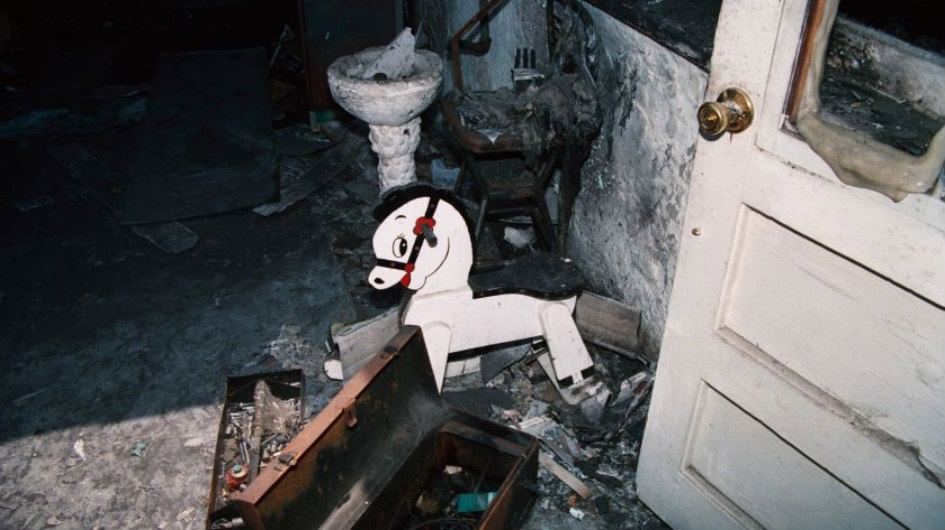 A California woman who has maintained her innocence for decades after a triple murder conviction has been released from prison.

The San Diego Union-Tribune reports that JoAnn Parks, 59, walked out of prison on Tuesday after lawyers from the California Innocence Project (CIP) took on her case. Parks was convicted of starting a fire on April 9, 1989, the ended with her three children dead.

Authorities initially said that a faulty wire in an overheated VCR player caused the fire. They later alleged Parks started the fire in the living room and in the children’s bedroom at their apartment in Bell. Prosecutors said that an extension cord in the living room of Parks’ home had been “purposely cut with a knife” and wrapped around polyester drapes.

The fire happened a year after the Parks’ previous home caught on fire in Lynwood, which ultimately destroyed all of the family’s possessions and left them homeless. Authorities became alarmed when they began receiving calls from former neighbors and friends.

A former neighbor told authorities that Parks didn’t take care of her children. Neighbor Kathy Dodge said she saw one of the children eating dog food off of the floor. She added that JoAnn gave the children large amounts of cough medicine.

Dodge also told authorities that she heard Parks say, “If Ron had come home five minutes later, Jessica [their youngest child] would be dead and we would be rich.”

During the 1989 fire, a closet in one of the children’s bedrooms appeared to have been blocked by an object, possibly a laundry hamper, prosecutors said. One of the children was found hunched over, deceased in the closet.

Parks said she woke up after hearing her children scream on the night of the fire. She claimed that the fire was so ferocious that she couldn’t reach her three children, Jessica Amber, 1, RoAnn Elizabeth, 2, and Ronald, 4.

Parks managed to escape the fire. She ran next door to a neighbor’s home for help but the neighbor couldn’t reach the children either.

“We went back to the house but we couldn’t even make it down the hallway,” Parks told The Los Angeles Times in 1989.

In 2011, according to CIP, an arson review panel indicated that the fire appeared to be an accident. The panel said the fire started at one single origin in the living room, and the home had a “flashover,” which made it appear as if a second fire was started in the bedroom.

JoAnn Parks, a @CA_Innocence client, spent nearly 30 years in prison for a crime she didn't commit based on flawed fire science. Yesterday, she was finally freed. https://t.co/uHPEqrjFwf

“Contrary to the conclusions of the police investigators, the Panel determined there was no reliable evidence that something was barricading the door. Rather, the child likely took refuge from the fire in the closet,” CIP wrote.

In 2016, Parks had an evidentiary hearing after claims that faulty science had been presented during her 1989 trial. CIP reportedly presented evidence that showed the previous science shown at the trial was false and inaccurate. A judge ultimately dismissed the matter and called it a “battle of experts.”

Governor Gavin Newsom granted Parks clemency in 2020, which prompted the state board to release her from prison. Meanwhile, Parks’ lawyers are still trying to get her exonerated completely.

“I will continue to fight to get her conviction overturned,” Raquel Cohen, a CIP attorney on the case, said. “But now I will get to do it while she is enjoying her freedom.”

Parks’ case was the centerpiece of the book “Burned,” by award-winning author, Edward Humes.