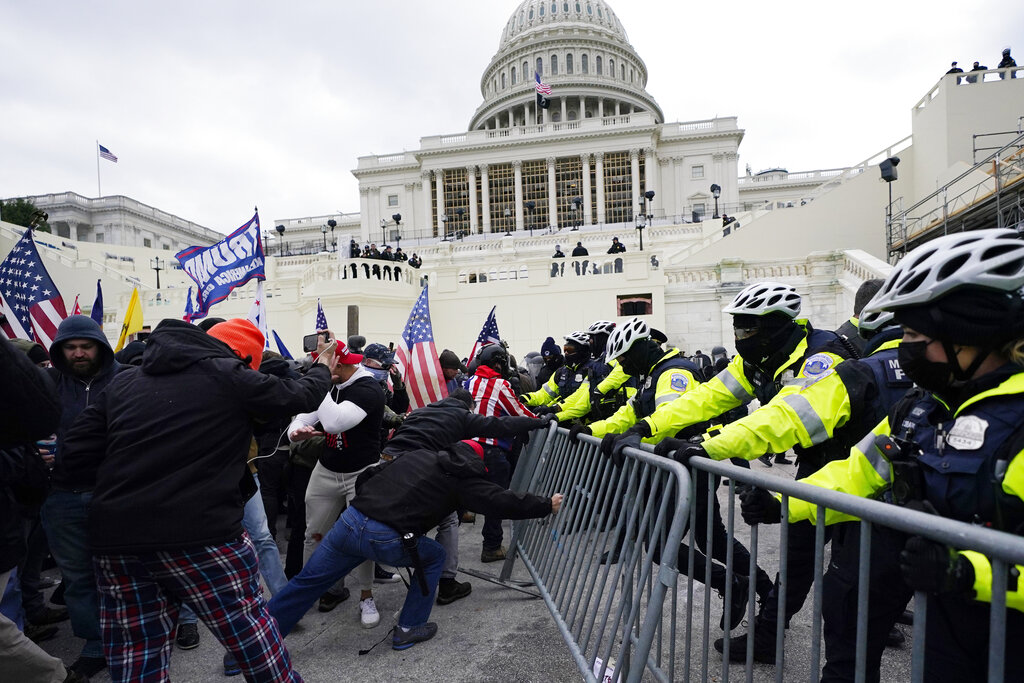 Capitol Thugs scream ‘Kill him! Kill him with his own gun!’ attacking Metro Cop

A Washington D.C. Metro cop has described a harrowing ordeal at the U.S. Capitol mob riot last week, saying he believed he was going to be killed.

As CNN reports, Officer Michael Fanone was injured in the attack on the Capitol on January 6 and said that one of the rioters tried to grab his gun — after the officer had been tased in the neck.

“Some guys started getting a hold of my gun and they were screaming out, ‘Kill him with his own gun,'” Fanone, a plainclothes narcotics detective, told CNN.

At the point, Fanone was overwhelmed by rioters, and said he considering using deadly force. But he also said he believed that could put him in an even more dangerous situation, as he was outnumbered. So he tried another approach.

“So, the other option I thought of was to try to appeal to somebody’s humanity. And I just remember yelling out that I have kids. And it seemed to work,” he said.

At some point after that, another group of rioters stepped in to defend the police officer.

Chilling: @DCPoliceDept officer Michael Fanone said on CNN that rioters went for his gun, saying “Kill him with his own gun”.
He told CNN, “It was all about self preservation…I “appealed to their humanity…I just remember yelling out I have kids”
pic.twitter.com/zUOafxRdBU

[Feature image: Trump supporters try to break through a police barrier at the Capitol in Washington. For America’s allies and rivals alike, the chaos unfolding during Donald Trump’s final days as president is the logical result of four years of global instability brought on by the man who promised to change the way the world viewed the United States. (AP Photo/Julio Cortez, File)]