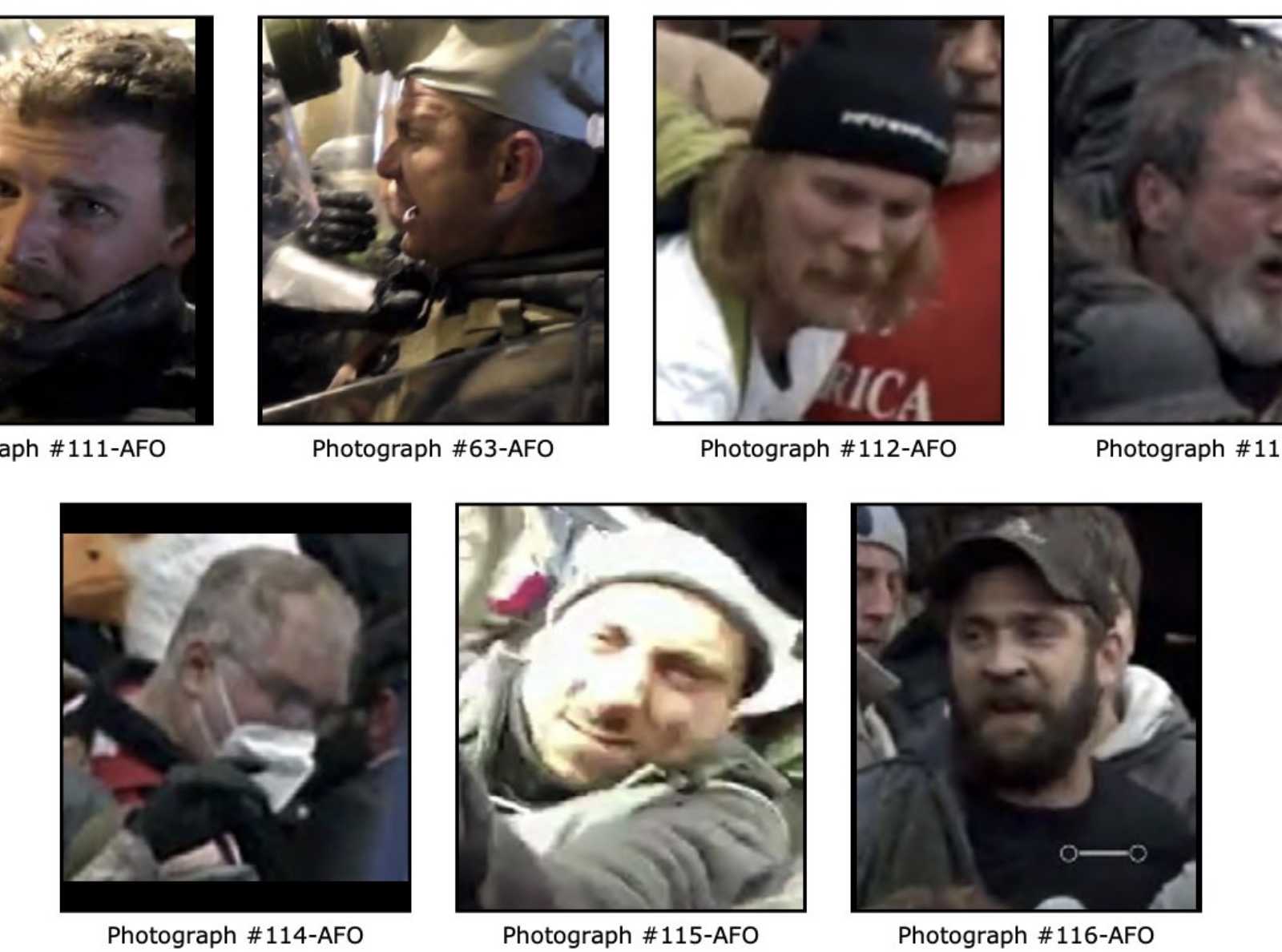 Federal agents have identified more than 275 suspects in the deadly January 6 attack on the US Capitol by a violent pro-Trump mob, and more are being identified every day, often with the help of selfies and videos posted to social media by the rioters themselves.

Forbes Magazine said that nearly 100 people have been charged, sometimes after being turned in by friends and family members.

And, assistant director in charge of the FBI’s Washington field office Steven D’Antuono said, agents have gotten hold of more than 140,000 pieces of digital media.

“And we are scouring every one for investigative and intelligence leads,” D’Antuono said. “We continue to ask for more.”

The FBI is maintaining a page on its website for images they’ve culled from all that content, loading up images of faces onto posters. The most recent: One with images of seven men and another with several images of a woman in a pink hat.

Help the #FBI identify this woman who allegedly unlawfully entered the U.S. Capitol on January 6. If you have information, submit a tip to https://t.co/buMd8vYXzH. When providing a tip on any of the below photos, please refer to photograph 110. https://t.co/QkV52OYdZ2 @FBIWFO pic.twitter.com/iANB6bZ96z

While the FBI isn’t saying how it’s tracking down suspects, at least one police department has said it using facial recognition software to help with the job. Then there’s location data from the rioters’ mobile phones and a plethora of data and images taken from the conservative site Parler before it was taken down.

Court documents also reveal how friends and family and contacted law enforcement to identify those pictured in the FBI posters, like a Texas man whose ex-wife recognized him and called authorities, noting it was a good likeness.

The Department of Justice has also posted a page of those arrested along with links to court documents and other information. The most recent arrests, all on Sunday:

Several others were arrested on Friday and Saturday.