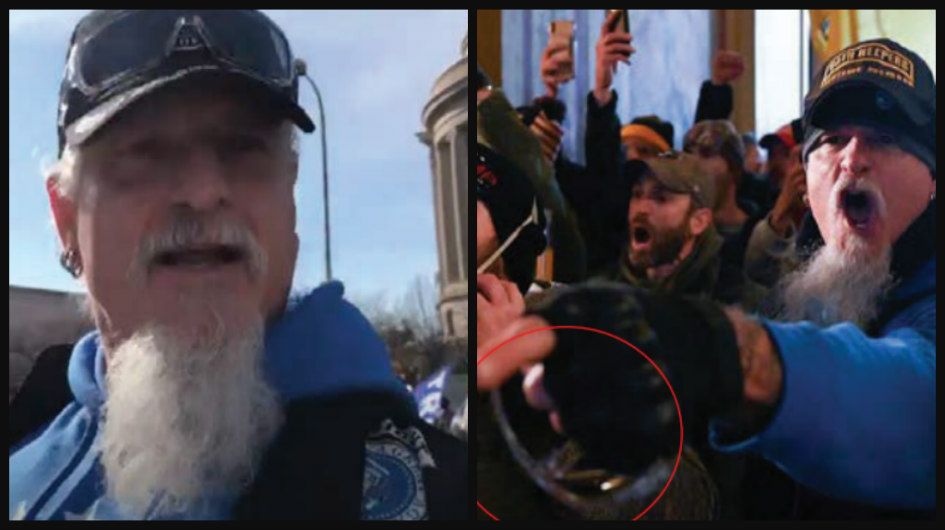 One of the founders of the heavy metal group Iced Earth is apparently in federal custody after allegedly spraying officers with bear spray during the U.S. Capitol riots.

According to a “statement of facts” provided by the U.S. Department of Justice, John Schaffer was arrested over the weekend in connection with his alleged participation in the January 6 Capitol riots. According to authorities, Schaffer is facing numerous charges.

Schaffer was seen in photographs and on video “engaging in verbal altercations with Capitol Police insider the Capitol building,” according to the statement.

“SCHAFFER is a person of some celebrity in the heavy metal music industry, and was identified by numerous individuals when his photograph was published by the FBI seeking identification of individuals who participated in the events of January 6, 2021,” federal authorities wrote.

Schaffer, of Indiana, sported a long, white beard which helped authorities quickly identify him. The Indy Star reports that Schaffer turned himself in to federal authorities on Sunday afternoon.

Schaffer, who also allegedly participated in the “Million MAGA March” in November 2020, is now facing six charges, including:

Schaffer is among numerous people who have been arrested for invading the Capitol. Five people lost their lives during the riot, including Capitol police officer, Brian Sicknick.

Jon Schaffer, Columbus, IN, has been arrested in connection to Jan 6 incident at the U.S. Capitol. Schaffer faces 6 charges including engaging in an act of physical violence in a Capitol building. Schaffer was allegedly among rioters who sprayed Capitol police with "bear spray."

“We absolutely DO NOT condone nor do we support riots or the acts of violence that the rioters were involved in on January 6th at the US Capitol building. We hope that all those involved that day are brought to justice to be investigated and answer for their actions.”